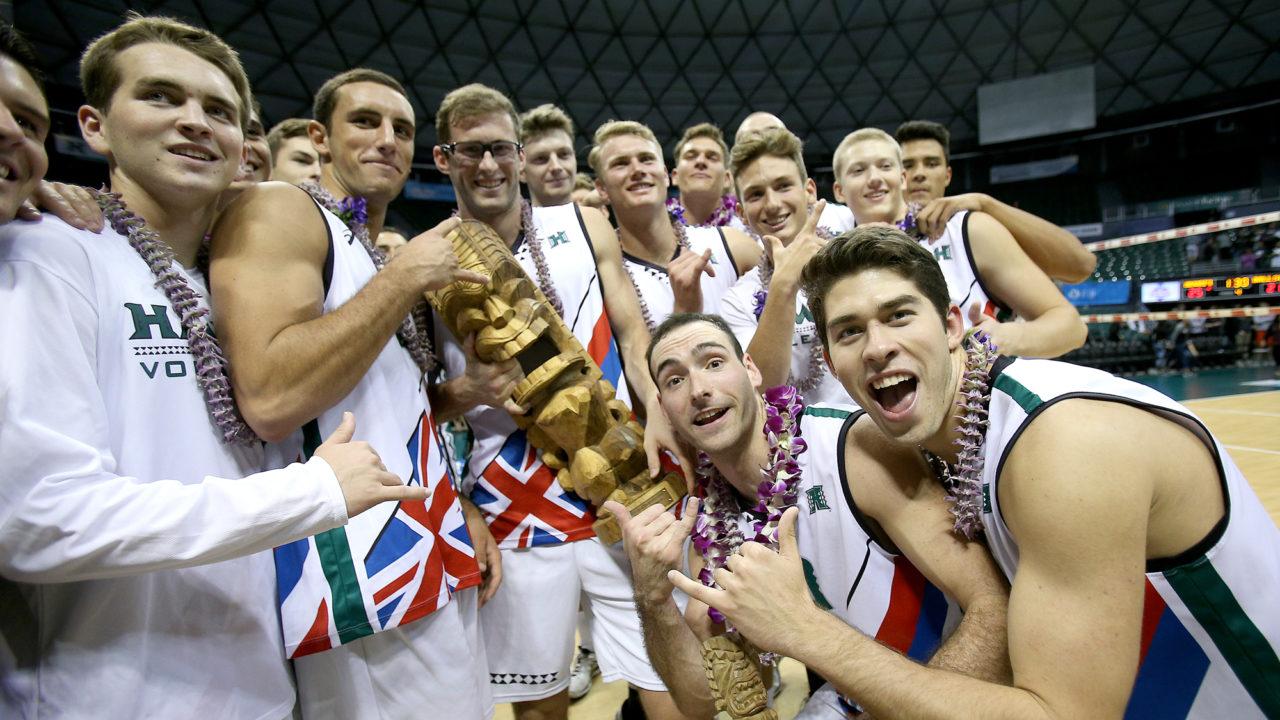 The Hawaii Rainbow Warriors won their home tournament for the 2nd-straight season. Current

The 7th-ranked Hawaii Rainbow Warriors won their first top-15 game of the season on Saturday when they beat #15 Ball State 3-1 on Saturday. The win gave Hawaii their second-straight victory in the hosted Outrigger Resorts Invitational, and their 8th title in all in the 23-year history of the tournament.

Ball State opened the game with a 25-22 first-set victory. The Cardinals have a history of pulling off big upsets – they were the last team to beat the Ohio State Buckeyes, on February 6th, 2016, and their early defensive surge (holding Hawaii to .111 hitting in the first set).

Hawaii rebounded in the next set to hit .364 in set 2, while holding Ball State to just .129 hitting. In the 3rd frame, Ball State out-hit Hawaii percentage-wise (.212- .171), but Hawaii dictated the action. They had 16 kills to Ball State’s 11, and gave Ball State 10 of their points on hitting errors. 4 Ball State service errors, though, closed the gap and put the Cardinals in to a 2-1 lead.

In the final set, Hawaii jumped out to a 6-1 lead and again dominated Ball State offensively to seal the victory.

Hawaii got 18 kills from sophomore opposite hitter Stijn van Tilburg, plus 3 blocks, to lead all scorers with 20.5 points. Patrick Gasman, a middle blocker, had 11 kills in just 14 swings for a .643 percentage, and also added 5 blocks to his stat-line. Austin Matautia, another freshman, had 13 kills. Hawaii has high hopes for their 2017 season, and the three beyond it, on the backs of those three young offensive weapons.

After the game, Van Tilburg was named the tournament MVP.

Ball State had 3 players in double-figure kills, topped by Matt Szews with 13 (4 errors, 39 swings, .231 average). All three of their players with double-digit kills (Szews, Brendan Surane, and Matt Walsh) had at least 4 blocks as well.