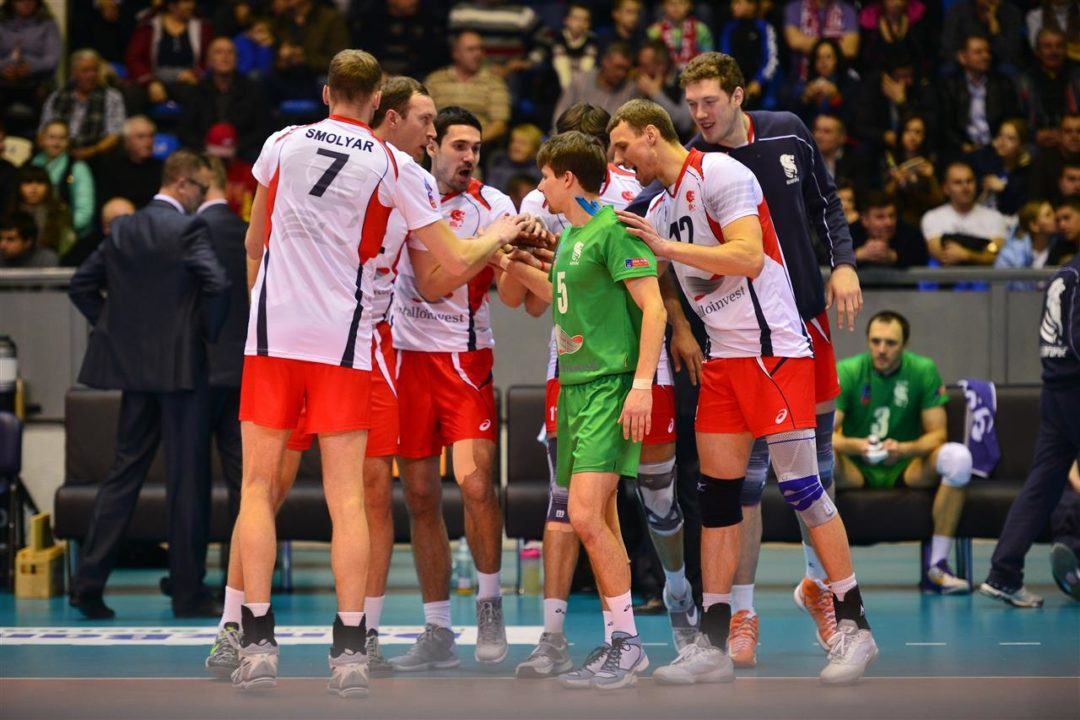 In an exchange between two of the top four teams in Russian Superleague, Artem Smolyar has left Belogorie Belgorod to sign with Lokomotiv Novosibirsk. The middle blocker departs after three seasons with Belgorod in which he won a silver and bronze medal in the 2010 and 2011 Russian Championship as well as the bronze in the 2014 Russian Cup.

Smolyar heading to Novosibirsk for the 2017-2018 season isn’t the only damage done against Belgorod. It was Lokomotiv Novosibirsk who upset Belgorod in three sets in the Russian Superleague third place match this past season.

Although Lokomotiv Novosibirsk finished five points lower than Belogorie Belgorod in the regular season standings, when they met up in the third place match, it was Novosibirsk delivering the three set defeat to Belgorod. Smolyar now joins the winner of that match in hopes he can boost them above third place in the 2017-2018 season.