Lokomotiv Rolls Through Dinamo Moscow In Sweep At Champions League 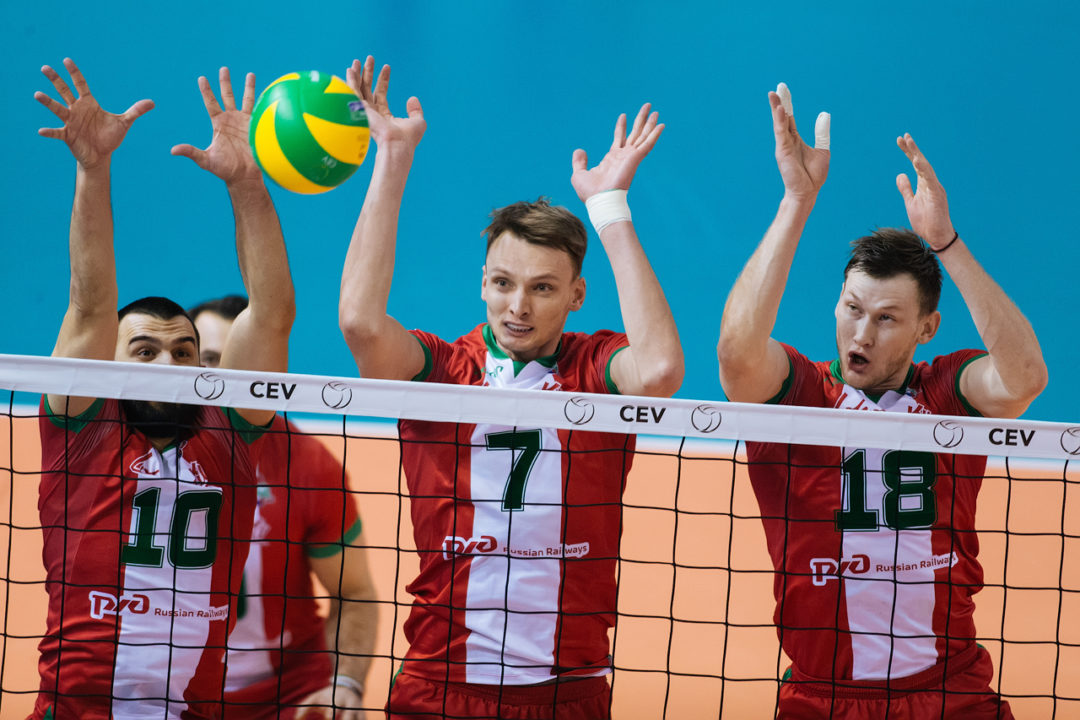 Lokomotiv Novosibirsk's strong squad was able to down Dinamo Moscow in straight sets to open up the fourth round of the 2018 Champions League.  Current Photo via CEV

Lokomotiv Novosibirsk’s strong squad was able to down Dinamo Moscow in straight sets to open up the fourth round of the 2018 Champions League.

The Russian matchup is one that occurs on a normal basis for the teams as they are in the Russian Men’s League together, with Dinamo Moscow winning their previous meeting in the Russian Championships in September. With the return of many national team members that were unavailable due to responsibilities elsewhere Lokomotiv’s side grew stronger than Dinamo’s. Since the start of the season, Dinamo Moscow has undergone a coaching change with Boris Kolchin replacing Yury Marichev.

“The change in the coaching staff has had a positive effect and we have been preparing very carefully for the matchup with Lokomotiv. We have changed the way we work and we focus on what we do on the court more than on the physical preparation,” said Yury Berezhko of Dinamo Moscow.

On the other hand, Lokomotiv has noted their poor performance lately that has led them to an 8-5 record in the Russian League and the sixth position overall, though Lokomotiv has the same record in the league, the downplay of Dinamo has come against teams of equal or better value.

“Dinamo has not been showing high-quality volleyball recently, but nevertheless they remain a team counting on many great players,” said Valentin Golubev of Lokomotiv.

The first set of the match was a tight battle between the two squads, with Dinamo Moscow falling just short of the 25-23 finish. Lokomotiv pulled ahead more readily in the second set to go up 2-0 in the match after a 25-17 victory. In the final set, it was a close fight with Lokomotiv pulling ahead late to close out the match over the oldest Russian club 25-22.

Gyorgy Grozer led Lokomotiv with 21 points while Aleksey Rodichev posted another 13 in the win. Sergey Savin and Iliyas Kurkaev each recorded another 11 points for the winners.