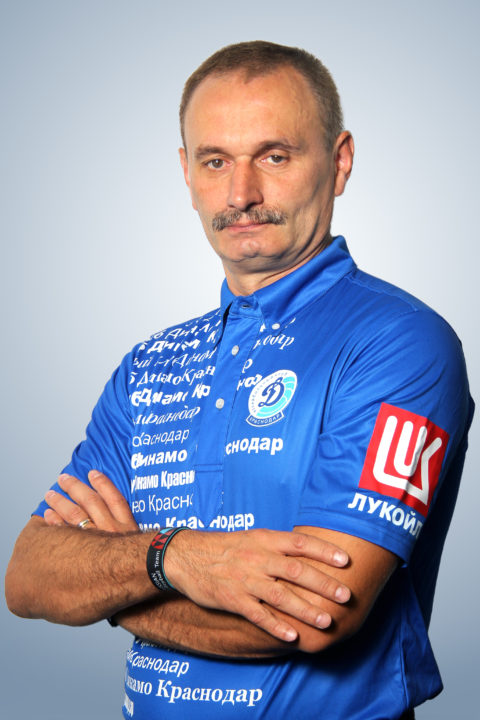 Dynamo Moscow has announced in its official Instagram page that it has parted ways with head coach Yuri Marichev by mutual agreement. Although last season coach Marichev led Dynamo to a vice Russian Championships, he started this season losing 7 of his first 10 matches, falling to tenth place in the standings, which quickly prompted Dynamo’s general management to take action. His assistant, Sergei Khoroshev, was also let go.

The 57 year old Marichev has faced a lot of media scrutiny in the past few years. Less than one year ago, he left job as Russia’s female national team coach due to poor results, a job he held since 2013. With the national team, he won two CEV European Championships (2013 and 2015), but finished his only Olympic Games (2016) in an under achieving 5th place. There is some speculations that this time around, a run of injuries, like that of French superstar Kevin Le Roux, led the club to think that maybe there was over training or overload on the players by Marichev.

Marichev will be replaced at Dynamo by 60-year-old Boris Kolchin, who returns to the team’s head coach position for the first since the 2004/2005 season, and whose last job was as head coach of the Latvian national team. Kolchin has been a constant fixture in Russian male volleyball, having coached teams like Belogorie Belgorod and Novy Urengoy in the past.

Here is Dynamo’s farewell note to Marivech and welcoming words to Kolchin:

Volleyball Club “Dynamo” sincerely thanks Yuri Marichev for all the work he did with our team, for the numerous beautiful victories and important titles. We wish Yuri a successful career as a coach. Together with Yuri, his assistant Sergey Khoroshev is also departing, and we thank him for his joint work with Yuri and also wish him success in his career.

The new head coach position is not an easy task. I hope that our common commitment and conditions we will try to create for the new coaching staff will finally allow our team to reach a worthy place among Russian clubs. We wish Boris Kolchin success in teaming up with the team to the highest goals and results.