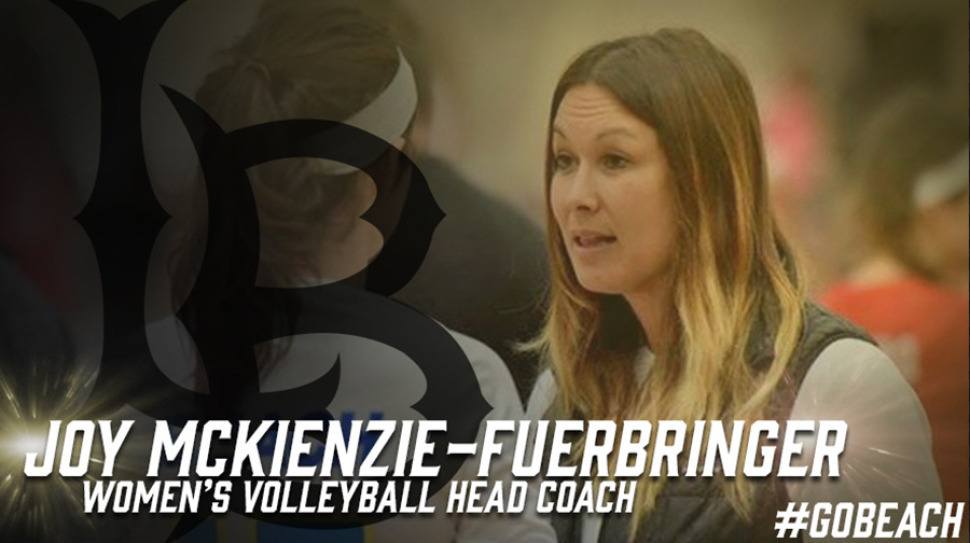 Joy McKienzie-Fuerbringer will be joined by her husband, Matt, who becomes the program's associate head coach. Current Photo via Long Beach State Athletics

The volleyball coaching carousel that began in November is still turning full-speed, as Long Beach State has announced alumnus Joy McKienze Fuerbringer as the new head coach of its women’s team. She replaces her former coach and 3-time NCAA champion Brian Gimmillaro, who announced his retirement earlier this month after 32 years at the helm of the program.

She becomes just the 5th head coach in the 52-year history of the program, and herself has over 20 years of coaching experience since setting the Beach to its second National Championship in 1993.

Her most recent coaching time has been spent as the head coach at the Mizuno Long Beach Volleyball Club, working with the club’s highest programs in several different age categories. She is also the owner and manager of the MAC Athletic Club in Carson.

Matt played collegiately at Stanford from 1994-1997, where he was a 4-time All-American. He then played professionally indoors from 1998-2003 and spent 10 years as a pro beach player from 2003-2012 – ranking as high as #5 in the world. Besides his club coaching duties, he spent the 2013 as a volunteer assistant with the UCLA men’s varsity team

“What Matt brings to our staff is very special,” said McKienzie-Fuebringer. “He has a great presence and motivates those around him to always want to improve. He brings years of experience from both playing professionally and coaching, and has an ability to relate and instill confidence in players. We are both excited to work with the players and want them to know we are here to help and support in every way we can.”

“We are delighted to name Joy as our head coach,” said Athletics Director Andy Fee. “During the hiring process, we sought input from a wide spectrum of the volleyball community along with our women’s volleyball alumni, and we consistently saw how highly Joy is regarded, both at the collegiate level and beyond. Joy understands the values and mission of our department and university.”

“I am thrilled and honored to be coming back home to my alma mater,” said McKienzie-Feurbringer. “This is a dream job and I am grateful for the opportunity to represent our proud university and be a part of the great Long Beach State volleyball tradition and its supportive community.

“I want to wish Brian a happy retirement and I want to personally thank him for what he has done for me and Long Beach State. His vision, hard work and dedication built one of the top volleyball programs in the country and it now becomes our job to add to that legacy. He is undoubtedly of the best coaches in women’s collegiate volleyball and it was a privilege to be coached by him and Debbie Green.”

Long Beach State finished last season 21-10, including a 13-3 record in the Big West. That ranked them 2nd in the conference, behind Hawaii, but was not enough to earn an invite to the NCAA tournament.