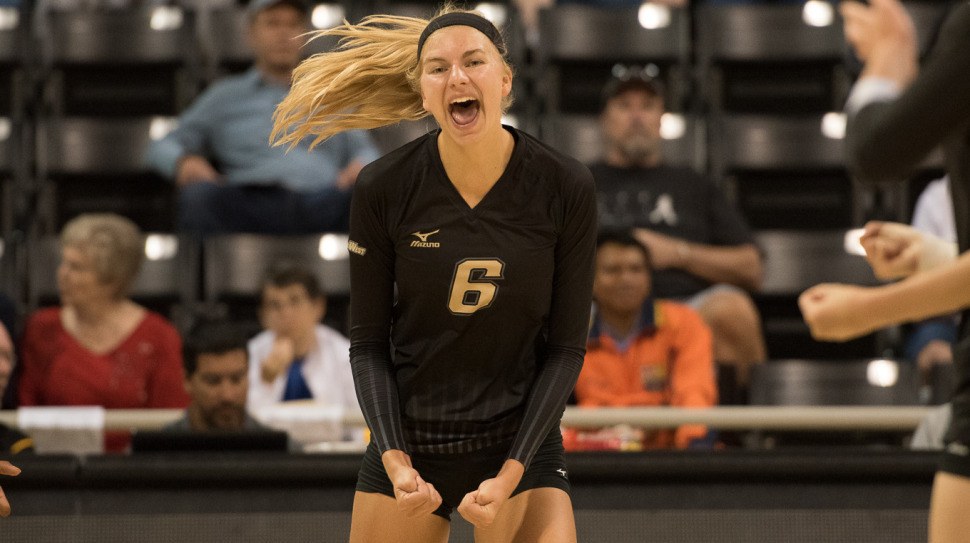 The American Volleyball Coaches’ Association (AVCA) has named senior outside hitter Nele Barber of Long Beach State University their National Player of the Week for the 3rd week of the NCAA season.

Barber, a 6’1″ native of Germany, registered a 4.39 kills-per-set average in 4 matches over the weekend in the team’s four wins:

Barber had three double-doubles in the four matches, and came up just 1 block short of a triple-double against Duke.

Barber is in her second season at Long Beach State after transferring from Marquette prior to the 2015 season. In her first year with the Beach, she led the team with 454 kills and 384 digs and recorded double-digit kills in 29 of the team’s 31 matches.

Barber is the 11th player in program history to win this award and the first since 2014.

2016 SPORTS IMPORTS/AVCA DIVISION I PLAYERS OF THE WEEK