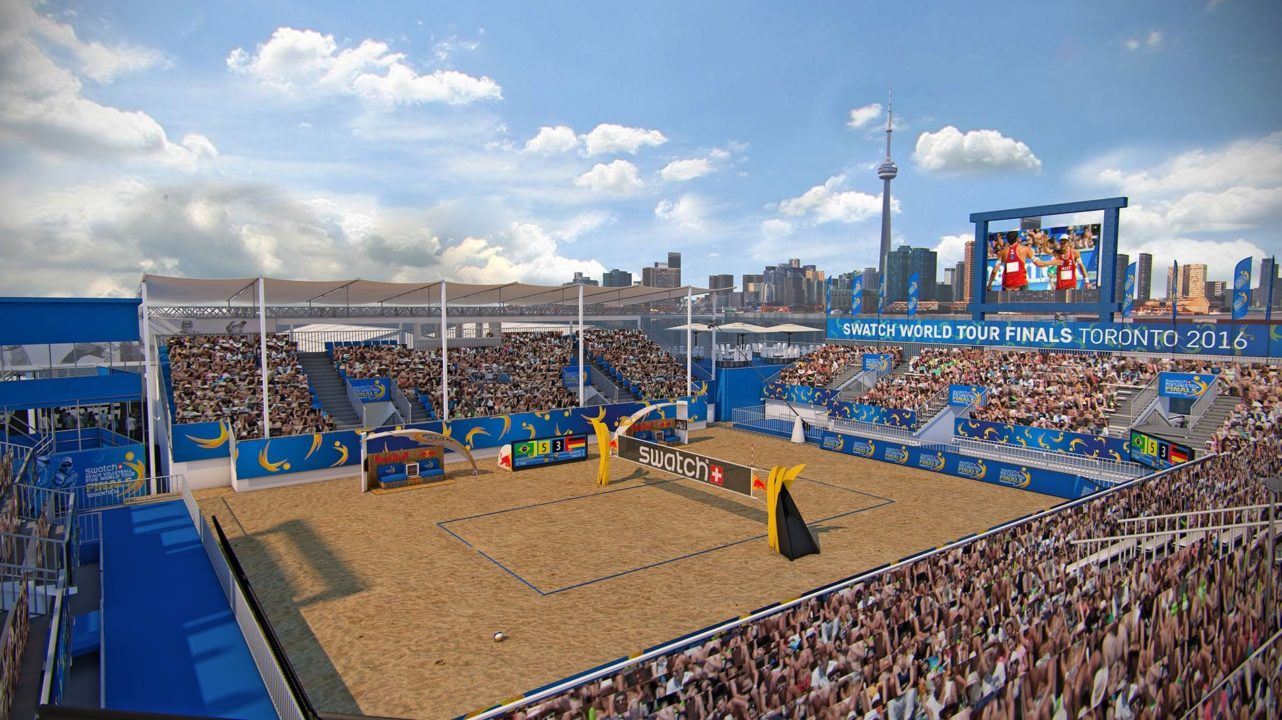 This is a final payday of the 2016 World Tour series that will see almost $9 million in total prize money paid out.

The tournament format will see four pools of three teams each. The winner of each pool goes directly to the quarterfinals of a single-elimination bracket, while 2nd and 3rd place finishers in pools will play a “round of 16” matchup, with the winner advancing to the quarterfinals.

Thus, by way of winning the Canadian play-in matchup today, Heather Bansley and Brandie Wilkerson guaranteed themselves a minimum of $7,500 in prize money