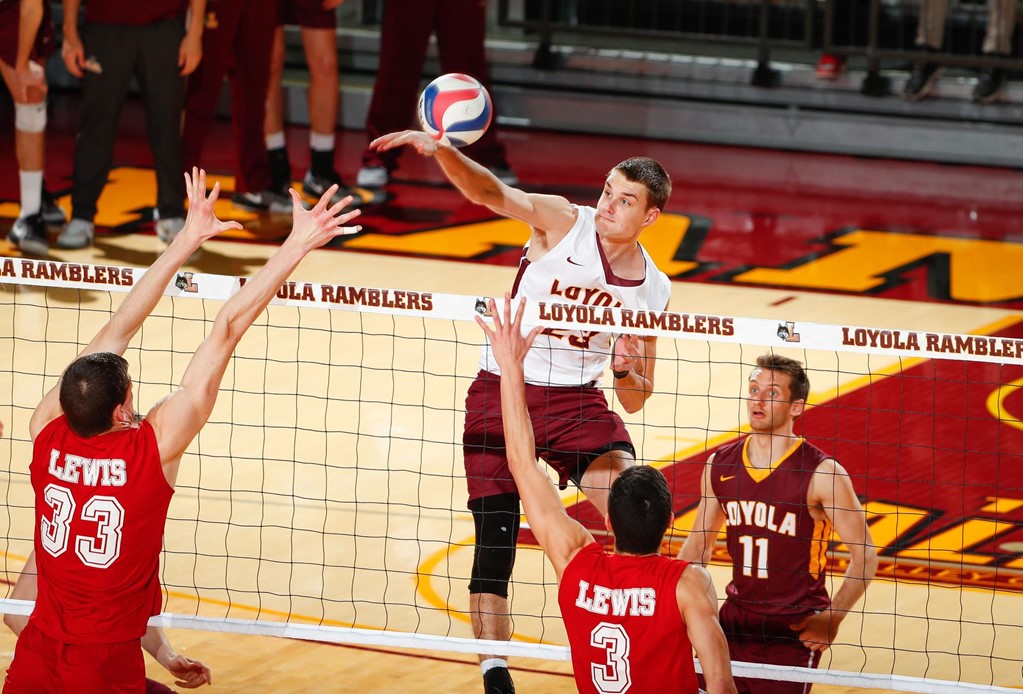 #5 Loyola Chicago (pictured) and #8 Lewis sit in first but are on a collision course this week; MIVA Update (Feb. 27). Archive Photo via Loyola Chicago Athletics/Volleyball

Defending MIVA champions Ohio State sat atop the MIVA table a week ago, but what a difference two matches can make. The Buckeyes were downed by their other two top contenders to fall back behind both in what continues to look like an ultra-competitive league. Who will take a stranglehold on it this week, and are the Buckeyes in trouble?

With new story-lines emerging and a new season of sorts in league play commencing, VolleyMob will be giving conference updates. Below is analysis as well as the weekly MIVA table, awards, matches of the week and power rankings:

DOWN GO THE BUCKEYES

Both Loyola Chicago and Lewis made statements about the MIVA title race with wins over Ohio State this past week. That was large for two reasons; for one, Ohio State is the defending league champ. Second off, the Buckeyes were 4-0 and in first before the results. Lewis made quick work of Ohio State in straight sets, while Loyola Chicago had to overcome a 2-0 set hole, but at the end of the day the result is the same. Now, the Ramblers and Flyers are sitting in the lead, so of course fresh off of the wins they match-up with each other this week for a spot alone at the top.

NOT THE END OF THE WORLD

It is troublesome the way Ohio State’s last week went – a pair of losses to other contenders – as they showed some holes in both playing on the road and in serve reception, which was their biggest flaw in the two matches. While those are concerning, the Buckeyes still have plenty of pieces and get both Loyola Chicago and Lewis in Columbus later in the year. They are still very much in the race, but will obviously need improvements, mainly in serve reception and floor defense if they want to head back to the NCAA Tournament.