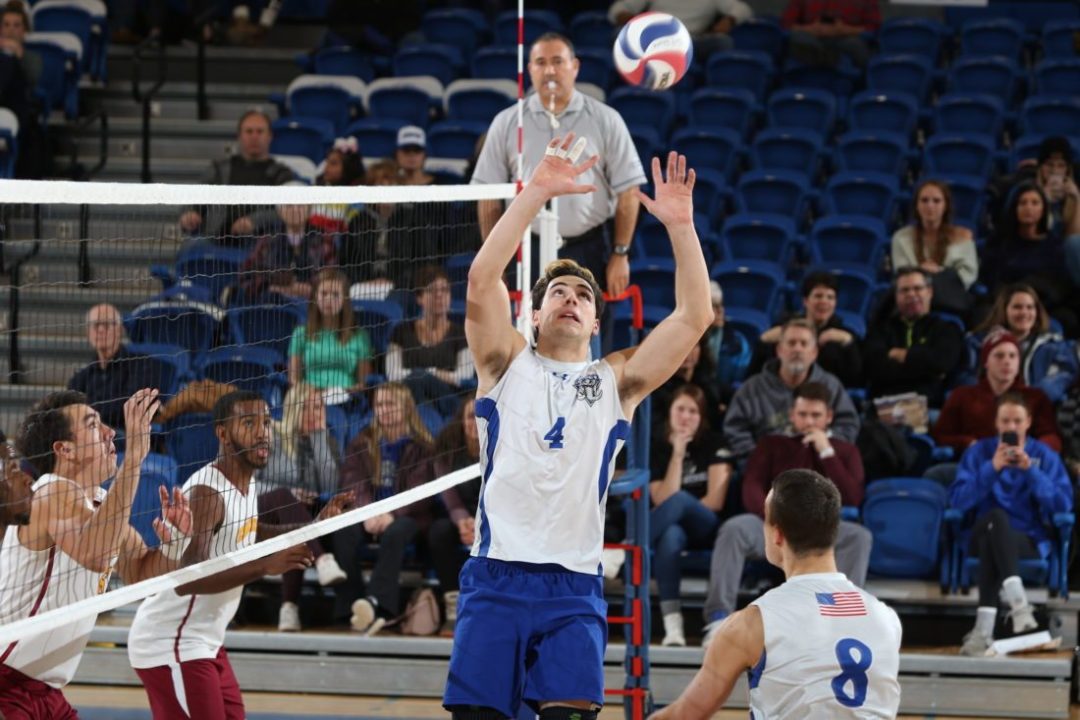 The Purdue Fort Wayne men’s volleyball program will face 10 teams that ended last season in the AVCA Top 15 according to its 2019 schedule release. The Mastodons will host 14 matches and hit the road for 13 this year. Current Photo via Purdue Fort Wayne Athletics

The ‘Dons begin the 2019 slate with relatively easy tests in NJIT, No. 18 Princeton, Lees-Mcrae and Queens. It is the first matchup ever with Queens, however, Purdue Fort Wayne is a combined 18-1 against the other 3 programs.

From there the nonconference road gets much more difficult as the Mastodons host Cal State Northridge and UC Santa Barbara, which were ranked 11th and 9th in VolleyMob’s Way-Too-Early Men’s Top 20, followed by a pair of matches at Stanford, which was slated 14th.

After matches at Sacred Heart and RV Harvard, Purdue Fort Wayne kicks off MIVA action at home with matches against No. 8 Ohio State and McKendree. From there, the ‘Dons will go on to meet No. 17 George Mason, No. 10 Loyola, No. 6 Lewis, No. 16 Ball State, RV Lindenwood and No. 19 Penn State.

The MIVA Tournament is slated to begin after that, starting on April 13.

Here's our 2019 schedule! We begin the season on January 4th at home! #GoDons #MIVAvb pic.twitter.com/n4e37DwROS

The Mastodons return 12 letterwinners, including their top 3 offensive weapons in outside hitter Pelegrin Vargas, opposite Colton Stone and outside hitter Tony Price. Vargas secured AVCA All-America Honorable Mention and All-MIVA First Team accolades after leading Purdue Fort Wayne and the MIVA with 3.75 kills per set (386 kills in 103 sets) last year. Stone was second for the Mastodons with 264 kills (2.69 per set), followed by Price’s 216 kills (2.10 per set).

The Mastodons finished the 2018 season with a No. 15 AVCA ranking after playing their way to an 18-11 record overall and a 6-8 mark in MIVA play. Purdue Fort Wayne did not loss to an unranked foe last season and began the year with a program record-tying 8-match win streak.