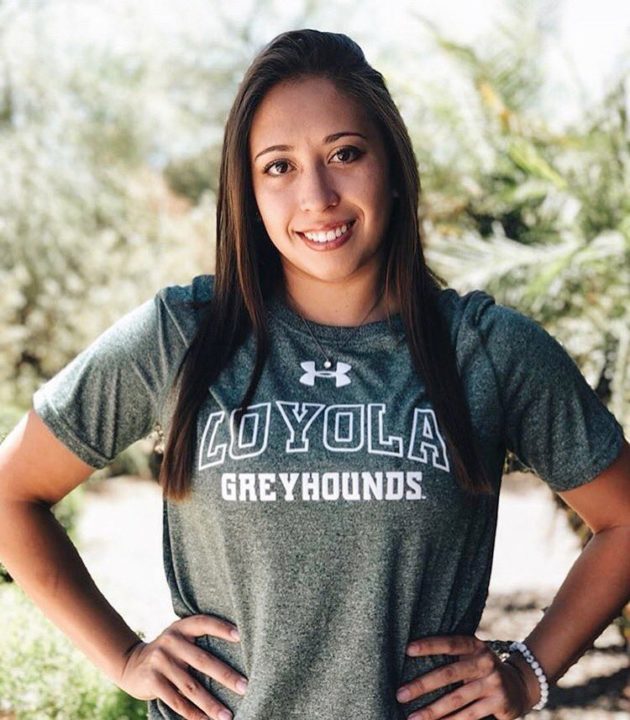 Former University of Central Florida (UCF) setter Alex Fisher is headed to Loyola Maryland via transfer for 2018. Fisher will be a true sophomore come the fall with three years left of play and is set to be immediately eligible for the upcoming season.

In her lone season with the Golden Knights in 2017, Fisher appeared in six matches and 11 sets. She went on to total 26 assists and 11 digs with 22 and six of each, respectively, coming in one match against Wichita State in October. The loss leaves UCF, who went 20-14 last season and 12-8 as a member of the AAC before making the NIVC Tournament, with two setters on their 2018 roster.

Prior to her brief stint in college in the Sunshine State, Fisher attended Basha High School in Chandler, Arizona. As a four-year starter for the school she finished with 3,796 career assists, including 1,210 as a junior which was good for second in the state. She was also a three-time All Chandler Unified School District First Team selection and Arizona AIA 6A All-Conference First Team as a senior.

Loyola Maryland is coming off of a 10-19 season in 2017 in which they went 4-12 in the Patriot League. That roster featured three setters with all still owning eligibility for 2018 including sophomore-to-be Ashley Kozer (team-high 6.65 assists per set) and senior-to-be Molly Werts (3.77 assists per set). Now, Fisher will join the group looking to compete for playing time potentially in another 6-2 system.

Super excited and blessed to announce that I’ll be continuing my D1 volleyball career and academic journey at Loyola University Maryland this fall! Go Greyhounds!!!🐾 pic.twitter.com/OoCX4mLCL6