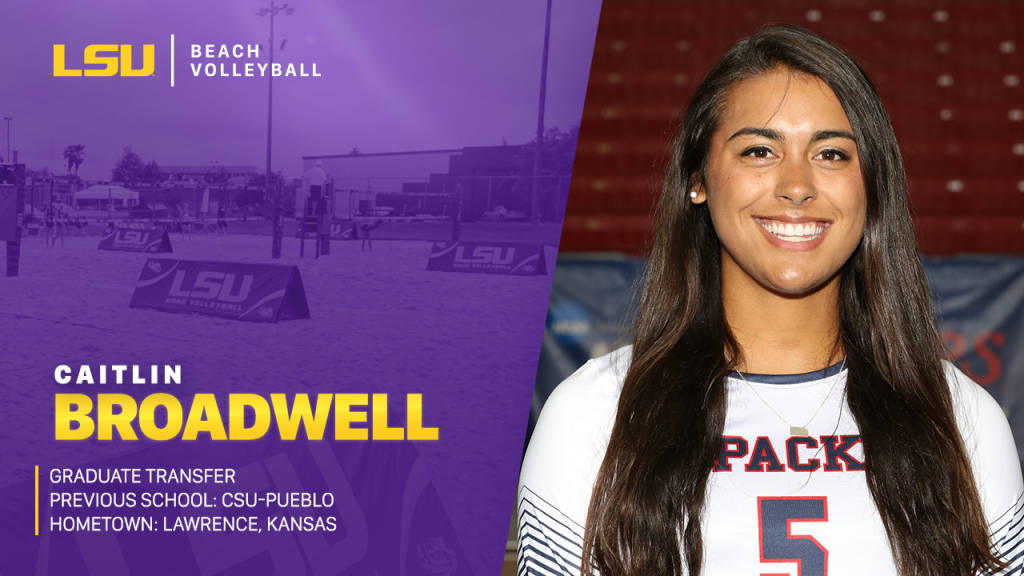 “We are looking forward to Caitlin having a positive impact on our program both on and off the sand,” LSU Beach head coach Russell Brock said in the team’s release of the addition.

Broadwell spent her last three seasons at CSU Pueblo in the Division II classification where she was an All-Rocky Mountain Athletic Conference selection in both 2016 and 2017. In that most recent season, she notched 3.48 kills per set – the eighth best mark in school history – and also had the sixth best hitting percentage season for the school back in 2015.

“We are excited to have Caitlin in our group this year,” Brock added in the press release. “She’s new to the sport of beach volleyball, but brings in a maturity and understanding that will help us in many ways. She’s a great athlete and will transition quickly.”

LSU Beach made the NCAA Championships in the 2018 season and won one match to finish off their record at 27-14. They also wound up ranked sixth in the final AVCA Coaches Poll.