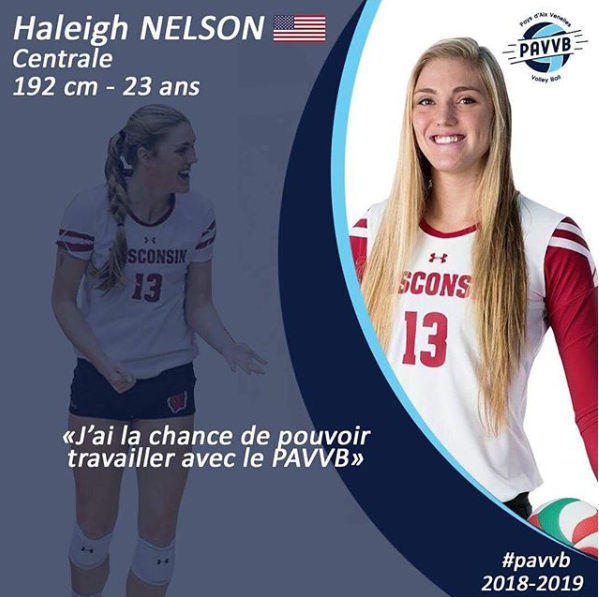 French club Pays d’Aix Venelles has announced in its official website the signing of former Wisconsin and LSU graduate Haleigh Nelson. The 23-year-old 6’3″ indoor and beach standout fulfilled her hardwood eligibility in Wisconsin, graduating as the team’s career leader in hitting percentagem (.375) and a multi time All-American selection, before transferring to LSU for an additional year at the beach.

“From what I know of the French Championship, it’s one of the most competitive leagues in the world with great coaches and talented players. I am excited to experience it! I chose France because I was told it’s an amazing country to live with great people! And I chose the APLVB because of it’s reputation as one of the best clubs in France. I’ve also heard great things about people in the organization, and I’m lucky to have the opportunity to work with them! My goal this season is to do my best to help the team win the French Championship, and to be a good teammate for my team! Individually, I want to learn as much as I can from my coaches and players, and take full advantage of this incredible opportunity!”

At Venelles, Nelson will find a team that finished its 2017-18 season in 6th place, before being knocked out from the first phase of the playoffs by Mulhouse.