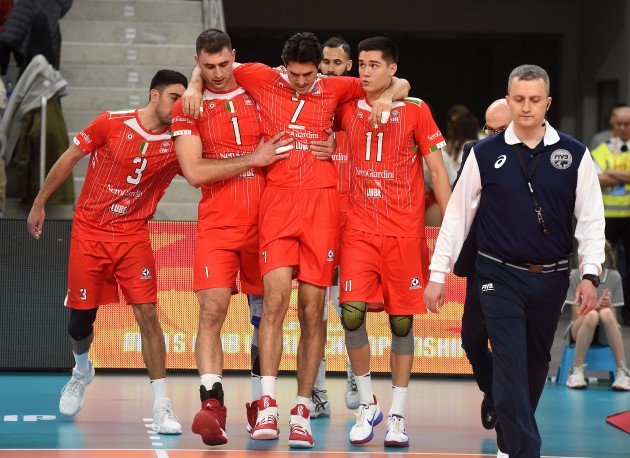 On day one of the 2017 FIVB Men's Club World Championship, Cucine Lube Civitanova's captain Dragan Stankovic went down with an ankle injury in set three.  Current Photo via FIVB

On day one of the 2017 FIVB Men’s Club World Championship, Cucine Lube Civitanova’s captain Dragan Stankovic went down with an ankle injury in set three. The injury forced Stankovic to exit the match due to the severity and did not see time on the court in their day two match against Zaksa Kedzierzyn-Kozle.

The loss of Stankovic proved a struggle for the Italian squad as they went from sweeping the reigning champions to fighting for the five-set victory over Zaksa. Though Stankovic was not the strongest contributor on the court, he was a constant leader for the team, as he posted just two points in the win over Sada Cruzeiro.

It is unclear as to the severity of the ankle injury and as to whether or not Stankovic will return to the court by the end of the Club World Championships.