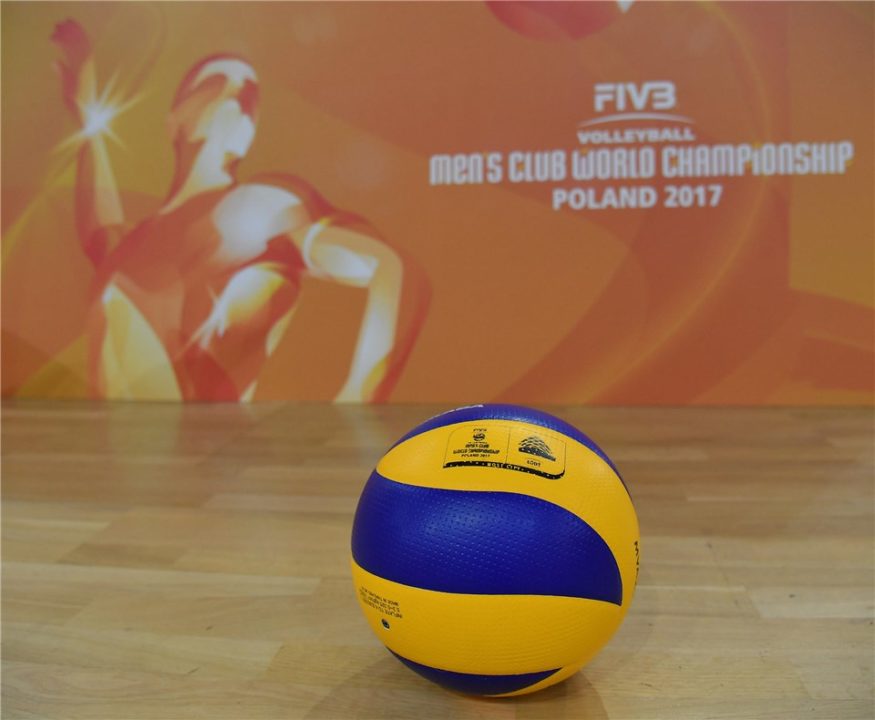 VolleyMob ranks the best of the best Current Photo via FIVB

The tournament is just one day away and ready to dazzle spectators around the globe. As usual, VolleyMob ranks participating teams and gives you the run down on which star players to pay close attention to.

Shanghai VC is clearly the weakest team in the tournament, as was only offered a wild card to help boost FIVB’s popularity in the growing Chinese men’s league. Although it is a powerhouse domestically, winning 13 national titles in 21 tries, it is safe to say that male volleyball in China is nowhere near as strong as its female counterpart. Although full of Chinese national teamers, the team simply lacks star power, as China is not dominant in the international scene, ranking 20th in the FIVB’s 2017 rankings. All in all, fans would be better off if the FIVB had extended the African Champion a wildcard.

Argentinian national Facundo Conte and French national Julien Lyneel are the team’s best known players and its only chance at winning a few sets in the tournament.

Hello Atlas Arena, we meet again This time not to make you scream, but hopefully to make you quiet #atlasarena #lodz #clubworldchampionship #i❤️SH

Although Argentine domestic volleyball is steadily growing, it is not yet good enough to compete against the world’s top dogs. Bolívar has never put up a fight against Brazilian clubs in the South American Championships. Although a participation in a top level competition like this will help the sport grow in Argentina, Bolívar will be mere role-players.

European fans will be most excited about getting a chance to see Serbian national Milos Nikic on the court again. After wearing the Serbian national team and Modena jerseys, he decided to tour the middle east before settling in South America to resume his career. At only 31 years of age, he still can hit the Mikasa hard and will be Bolívar’s most interesting weapon.

Sarmayeh Bank Teheran VC will be playing in the tournament for the first time in its existence. The team is a domestic force in Iran, winning the last two national championships. But winning in Iran, although its league is shaping up to be the next financial volleyball haven, does not equate to winning against the best teams in the world. The team clearly lacks elite talent to contend with the world’s elite. The team will be led by Polish standout Łukasz Żygadło and Iranian national teamers Farhad Ghaemi and Mojtaba Mirzajanpour.

Polish fans will be excited to see Łukasz Żygadło, one of the most successful Polish setters of all time, play in his home-country again. His list of accolades is long, having won three Champions League and three Club world championships with Trentino. Needless to say, he won’t have the same help in Sarmayeh as he had in Trentino.

Hosts Zaksa Kedzierzyn Kozle will play in its first ever Men’s Club World Championship. The team is currently unbeaten through its first 13 games of this season’s Polish PlusLiga. Opposite hitter Sam Deroo is the league’s fourth best scorer,   Benjamin Toniutti is the league’s most efficient setter, and libero Pavel Zatorksi leads the league in receiving.

All this domestic dominance will be to no avail however, as Kozle had a very unlucky pool draw, falling together with Lube and current tournament champions Sada/Cruzeiro. Although the team has some players that represent the Polish NT, the PlusLiga itself is not as strong as the Brazilian and Italian leagues, so it is not to be expected for Kozle to make it to the semifinals in this year’s deeper than usual tournament field.

Benjamin Toniutti is one of volleyball’s best young setters, and one the biggest reasons for France’s recent domination of the volleyball world. He has won at every level he played. This time around though, nothing short of a miracle from him will get his team past Cruzeiro and Lube.

Skra is currently in second place in Poland’s PlusLiga with an 11-2 record, while stars Mariusz Wlazly and Bartosz Bednorz are the best servers of the tournament. Naturally, this will also be the team’s trump card in the Club World Championship. Skra is higher up in than Kozle in this ranking because it really lucked out in the draw when compared to fellow Polish rivals, as it ducked Cruzeiro and Lube to face much weaker Shanghai VC and Bolívar in Pool B.

Wlazly is PlusLiga’s most efficient hitter, converting points at a 47.8 percent clip. Regardless, Wlazly’s fame in Poland transcends volleyball. He is known for shining in the most difficult of times. Can he overcome his recent injury and do it again?

Lube is perhaps the squad most stacked with famous players for Team USA fans, as it will be led by American standouts Micah Christenson and Taylor Sander, besides also fielding players of international fame such as Osmany Juantorena, Dragan Stankovic, and Tsvetan Sokolov.

Lube currently leads Italy’s Serie A1 standings, perhaps the best domestic championship in the world. However, although housing big names, Lube is too top heavy when compared to Zenit and Cruzeiro, who have much deeper teams. It will have a fair shot at upsetting the top dogs in the semifinal, and if it comes out with a bronze medal, it would be a fair effort.

Osmany Juantorena is playing his fifth FIVB Club World Championship. He is a star, and, at 32 years of age, this will be one of his last chances of playing on this stage in the prime of his career.

Zenit Kazan is a powerhouse. The club has won a record five European Champions League titles, including the last three editions. But this in itself cannot erase the fact that it has never won the Club World Championship title and has actually gone down in the finals to Brazil’s Sada/Cruzeiro in the last two tournament editions. It is as if the Brazilians have Zenit’s game all figured out before the tournaments even begin.

This is a difficult to understand situation. Zenit Kazan always dominates European competition year in and year out, and its roster is stacked with the likes of Wilfredo Leon, Matthew Anderson, Artem Volvich, Igor Yudin, Alexander Butko, and Maxim Mikhaylov. Is this a situation similar to soccer, where European teams simply don’t have the same fire as their South American counterparts due to the CEV offering more prize money than the FIVB for its Champions League competition?

Zenit will not be as fresh as Cruzeiro for the tournament, as it has had a packed schedule in the Russian league and the CEV Champions League before arriving in Poland.

Wilfredo Leon is probably the best player in the world, playing on probably the most expensive contract in the world. Regardless, he has come up short twice against Cruzeiro, letting fellow Cuban Yoandy Leal take the spotlight from him. Is this the year he finally breaks through?

Yesterday we lost for the first time in two years of playing in Superliga. Losing is a part of sport so we keep our heads high and face our next goal, which is Russian Cup Final Four🏆Cheer for us on 2-3 December🤞🏾✊🏾

Sada/Cruzeiro is once again the favorite to win it all and take home the tournament’s third straight gold medal and fourth overall. Doubters will state that Cruzeiro has never won the tournament outside of Brazil, as all of its gold medals had its hometown of Betim as hosts, but Cruzeiro is too experienced of a  team to be stifled by such triviality as home court advantage. Besides, this is a team who simply knows how to win, especially at the Club World Championships level.

Cruzeiro‘s roster is 10 men deep and just too strong. Although it looks a little bit different now that Brazilian gold medalists William Arjona and Wallace de Souza are out, their new signings Nicolas Uriarte and Evandro Guerra also are international stars in their own right. Also, Cruzeiro is pretty much rested, as the Brazilian Federation moved up its Superliga schedule in advance of the tournament, giving the team plenty of time to rest. Just like in soccer, South American clubs just act like they want it more than their European counterparts, as they don’t have a CEV Champions League winning purse to contend for.

Players to Watch for:

Cuban stars Yoandy Leal and Robertlandy Simon account for one third of Volleymob’s unbeatable Cuba’s perfect “Defected Dream Team.” Having more than one of any of the players in that fictional team is just unfair. Leal’s passing and hitting accuracy will just make Uriarte’s job too easy at setter, while Simon’s superb athleticism in the middle makes him perhaps the best two-way player in the game.

Currently, Simon leads Superliga in serving and attacking, while also being one of its top five blockers. Leal is top five in scoring and serving.

I want to point out that Lube Civitanova didn’t receive wildcards. Both Civitanova and Bolívar are qualified as “2017 National Champions from the top 2 countries in the FIVB World Ranking as of 31 December 2016 from not yet qualified countries”. Shanghai and Bełchatów received the wildcards.

Karl, thanks for pointing that out. We got things right in our preview, but mixed the information up for the rankings. It is fixed now!