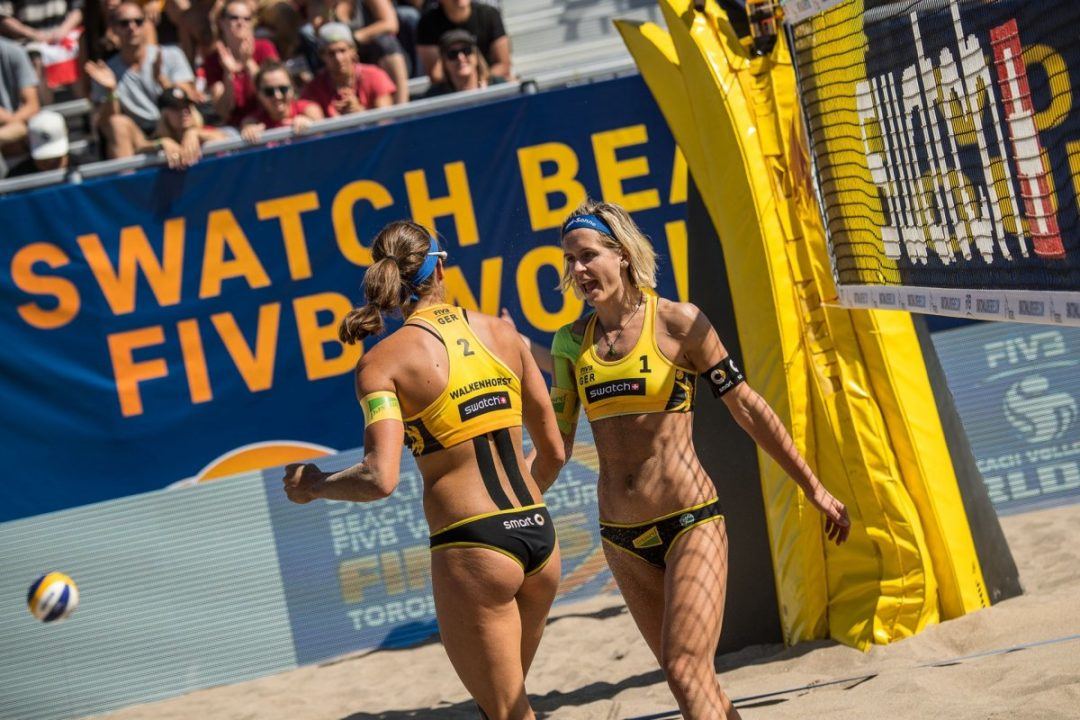 The pair is about 3 weeks away from their return to competition together after Ludwig's shoulder surgery. Archive Photo via Swatch Major Series

The defending European, Olympic, and World Tour champions Laura Ludwig and Kira Walkenhorst say that everything is on-pace for their return to competition on May 5th.

Back in late February, the pair targeted a May 5th stop on the German National Tour in Münster as their first tournament together since last year’s World Tour finals. In the off-season, Ludwig underwent surgery on her shoulder and has spent the last 6 months rehabbing.

Posting on Facebook this week in a message signed by both players, they said that “everything is going according to plan and we will definitely be in Mümster, this is now a foregone conclusion.”

The pair also arrived in Los Angeles yesterday to train with two of the best pairs in the world, meaning that they won’t have to wait until the Rio 4-star in mid-May or the Porec Major in late June to see competition worthy of their stature in the sport.

“Today we are on our way to LA where we will practice with with Kerri Walsh (Jennings)/April Ross, and Barbora Hermannova/Marketa Slukova,” the pair posted on Facebook on Wednesday. “Aftewards, we have one more week at home and at last the season starts for us in Münster.”