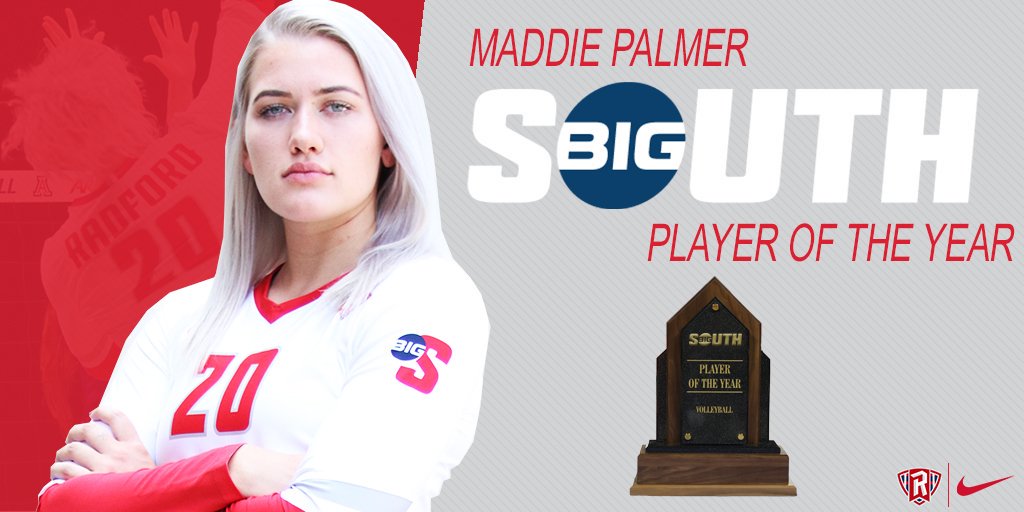 2017 Big South Player of the Year Maddie Palmer graduated with more kills than any player in the rally-scoring era for Radford Volleyball. Archive Photo via Radford Athletics

Former Radford University outside hitter Maddie Palmer and former Utah Valley middle blocker Maddy Dennison have both signed to join TFOC Volley in France’s 2nd-tier league next season. The two make up part of a class of 10 players to join the club for 2018-2019.

Both Palmer and Dennison are represented by the EliteVolley agency.

The two Americans are joined by another player, Kristel Moor, who also played collegiately in the U.S. for George Washington, next season.

Palmer is coming off a four-and-a-half month stint playing with Pocari Sweat-Airforce in the Philippines’ Premier Volleyball League. The 6’0 tall outside hitter averaged 3.78 kills/set and 2.81 digs/set in her four years career at Radford, amassing 1,545 kills and 1,149 digs in total. She graduated as the school’s all-time leader in kills during the rally-scoring era (and in fact, only 2 players in the side-out scoring era had more than her, and neither more than 70). She also finished with the 6th-most digs in program history, and just the 5th 1000 kill/1000 dig player in school history. That development as a 6-rotation player really made her stand out at the end of her Radford career.

Dennison also finished her college career, at Division I Utah Valley University, in 2017, where she was named First Team All-WAC. As a senior, she ranked 1st in blocks/set nationally for most of the season before finishing ranked 2nd with a 1.65 blocks/set average for the season. In her career, she recorded 1.28 blocks/set (572 total block) and hit .316 for the Wolverines. The 6’0 tall middle became a bigger part of the offensive game plan in each season of her college career, finishing with 2.89 kills/set as a senior.

She ranks 2nd in Utah Valley program history in career blocks, and holds the two biggest single-season block numbers (191 in 2017, 174 in 2016) in program history. This is Dennison’s first pro contract.

Last season, TFOC, located in Northeast France, finished 3rd in the French 2nd league with 24 points on an 8-6 win-loss record.

Also included in the team’s new additions are Kristiine Miilen, who was named Estonia’s best outside hitter for the 2014-2015 season, who joins 3 of her countrymates: Polina Pitou, beach player Eliise Hollas, and the aforementioned Moor.

The biggest domestic name on the roster is that of 25-year old Mariam Sidibe, who played on French Junior teams in her youth and also played in French sides in the 2015 and 2016 European Volleyball League.