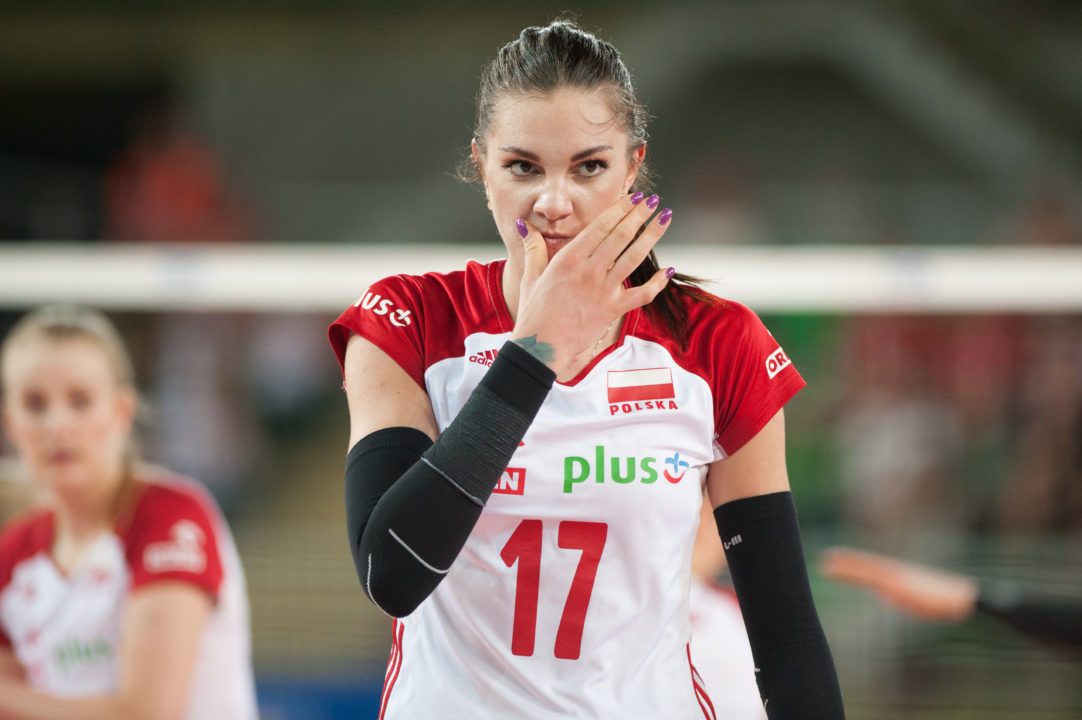 There are some notable absences, but included on the list is Malwina Smarzek: the leading scorer of the 2018 Nations League tournament Archive Photo via FIVB

The Polish Volleyball Federation has announced a 19-player roster that will begin preparations for the 2018 Montreux Volley Masters tournament in Switzerland. The annual tournament, held every year since 1984, serves as a major tuneup tournament for women’s national teams working toward more prestigious tournaments.

The same will be true in 2018, where the tournament will bring together a number of the world’s top clubs in preparation for the upcoming World Championships, which for the women will run from September 29th through October 20th in Japan. Of the 8 participants, however, there are two who will not actually be playing in the World Championships, and for whom the Montreux Masters will effectively stand as a season-ending focus tournament: the host nation of Switzerland, and the Polish women.

The 19 woman roster named by Poland will eventually be whittled to 14 by the time Poland opens its tournament against Brazil on September 5th.

There are some notable absences when compared to their 9th-place Nations League roster. 28-year old libero Agata Witkowska, who started most of the tournament at libero for Poland, hasn’t been included in the Montreux pre-training. The same is true for outside hitter Natalia Merdzyk and middle blocker Gabriela Polanska, all of whom are still in the mix for next year’s European Championships and were planned at the beginning of the summer to only participate in the first half of the season, according to coach Jacek Nawrocki. Merdzyk was the team’s 3rd-leading scorer with 157 points, while Polanska contributed 8 stuff blocks to the team’s effort.

Also missing is Emilia Mucha, who played primarily a reserve role in the Nations League.

Among those called for the roster is 18-year old Natalia Murek, daughter of 2004 Polish volleyball Olympian Dawid Murek. She has played on several levels of the Polish junior system.