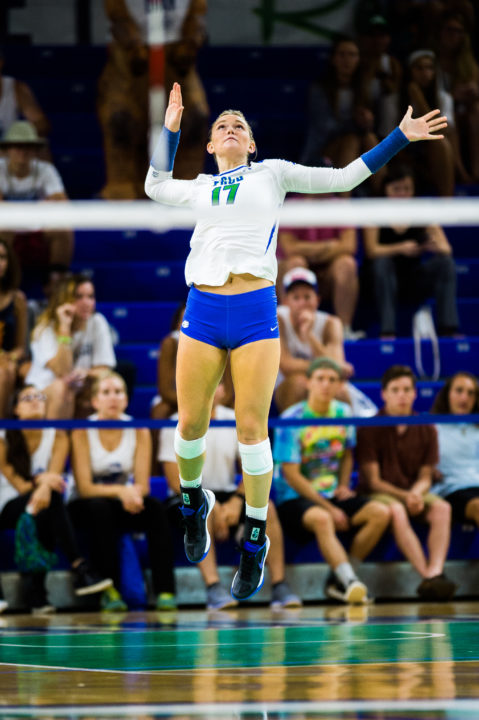 Marshall is bringing on 6'2" outside hitter Ciara DeBell as a transfer from Florida Gulf Coast. Archive Photo via EN Photo / Brad Young

Former Florida Gulf Coast outside hitter Ciara DeBell is transferring to Marshall for 2018. A sophomore in 2017, DeBell will be a junior next season with two years left of eligibility.

A 6’2″ native of Ocala, Florida, DeBell came to FGCU after earning All-County honors at Vanguard High School where she was a two-time state champion.

In year one in 2016, DeBell started nine matches and logged 2.47 kills per set and 2.13 digs per set, but had her season cut short by a knee injury. She couldn’t regain her form last year and appeared in 17 sets, rocking down 12 kills.

FGCU is coming off of a 22-10 season in 2017 in which they fell just one win short of reaching the NCAA Tournament. They have four other outside hitters from that roster that all have eligibility left for 2018.

Now with the Herd, DeBell joins a team that went 11-19 (6-8 C-USA) last season. They have two outside hitters on their 2018 roster, with another who can flex between MB and OH.  All three earned starts at some point, although just Madison Hill (the MB/OH) started more than half of the team’s matches.