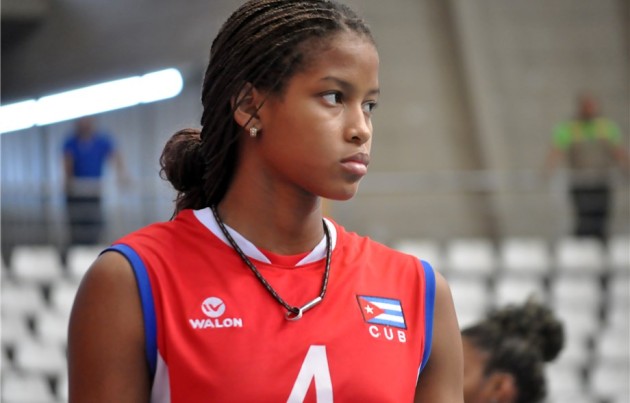 One of the most promising up-and-coming volleyball players out of Cuba, Melissa Vargas, has been banned by the Cuban Volleyball Federation for the next four years.  Current Photo via FIVB

One of the most promising up-and-coming volleyball players out of Cuba, Melissa Vargas, has been banned by the Cuban Volleyball Federation for the next four years. The ban extends to both national and international matches and is an extension of her previous one-year ban.

The ban was originally put into place when Vargas suffered a shoulder injury in 2016 and her parents did not honor the terms of the Cuban Federation regarding her recovery. The penalty was slapped down on Vargas in January 2017.

The Cuban Federation only allows their players to play abroad if the Cuban government and the government of the other nation has strong grounds of trust enrooted between them. This allowed Vargas to play with the Czech Republic team, VK Prostejov in 2015 when she was just 15 years old. Then came the injury scenario that left her banned for one year of competition.

Now, Cuba has decided to disqualify Vargas for four-years as a disciplinary action, as her parents argued with her treatment while with the National Volleyball School. This ban not only does not allow Vargas to compete for the Cuban national team but also at any club abroad as a part of the ban.

Cuba has been known for their strict rules that they abide by for their athletes, resulting in many players defecting from the nation to compete with another country. Among some of the top players in the world to leave Cuba are:

Casanova was one of two players that stayed in Slovenia following the U23 World Championships, including teammate Lisset Herrera. Both stayed as they wanted to defect from the Cuban team, which would never allow them to play for their country again, however could if they were allowed to play for another country.

Though it is unknown if this is an avenue that Vargas would want to take, it is is an option for the young volleyball player following the four-year ban.