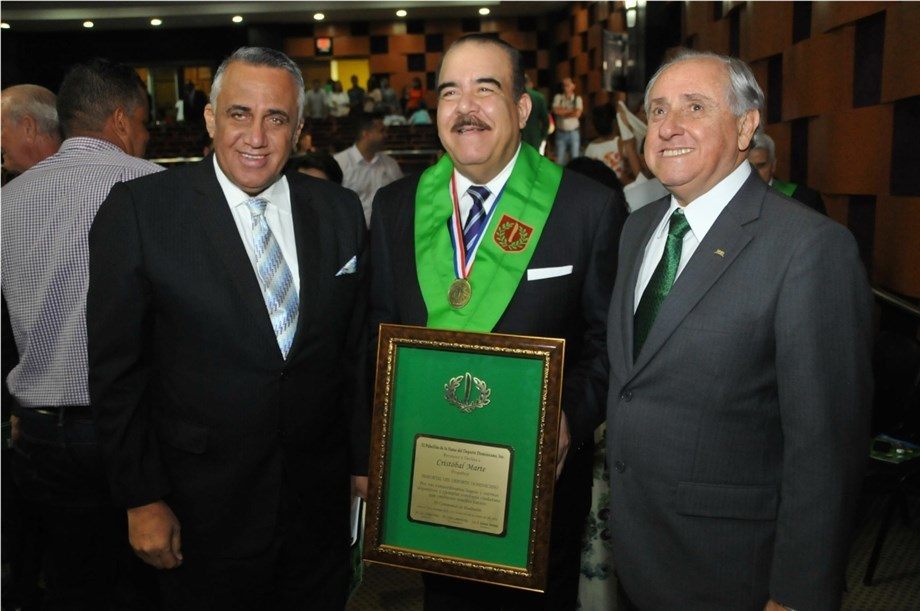 Cristobal Marte Hoffiz, the president of the North, Central America and Caribbean Volleyball Confederation (NORCECA), has been inducted into the... Current Photo via FIVB

Cristobal Marte Hoffiz, the president of the North, Central America and Caribbean Volleyball Confederation (NORCECA), has been inducted into the Dominican Sports Hall of Fame. The ceremony, held earlier this month in Santo Domingo, was attended by FIVB President Dr. Ary S. Graca F° as part of his tour to visit the confederations headquarters in the same city.

Marte Hoffiz was one of 15 inductees that marked the 50th anniversary of the Hall of Fame.

Also inducted in the class was former player Cosiris Rodríguez, who was a member of the Dominican National Team from 1998 until her retirement in 2010.

Under Hoffiz’s watch, and with Rodriguez’s participation, the Dominican Republic has grown from an almost-irrelevant side to one of the best teams in the world. The women’s team qualified for just their 2nd World Championship in program history in 1998, but by 2014 finished 5th at the same tournament. In 2015, the women’s team won the U-20 World Championships.

“This award in a stage of my life where I am still active working in favour of the sport that I love, means an ineluctable commitment that I assume under oath in front of all of you to continue working for the rest of my days looking to achieve new goals and to enjoy new satisfactions,” Hoffiz said in his acceptance speech.

“Thanks to the voting members who saw in my sporting and personal conduct the qualities to belong to the exclusive group of our sports figures who will never perish with the passage of time or the storms of history,” he added.

Rodriguez participated in the Dominican Republic’s first-ever Olympic appearance in women’s volleyball in 2004, a year after they won the Pan American Games title. At the 2012 Olympics, after her retirement, they finished 5th.

As part of his tour, the newly-re-elected Graca discussed plans to further develop men’s volleyball in the country in the way that the women’s program has matured.