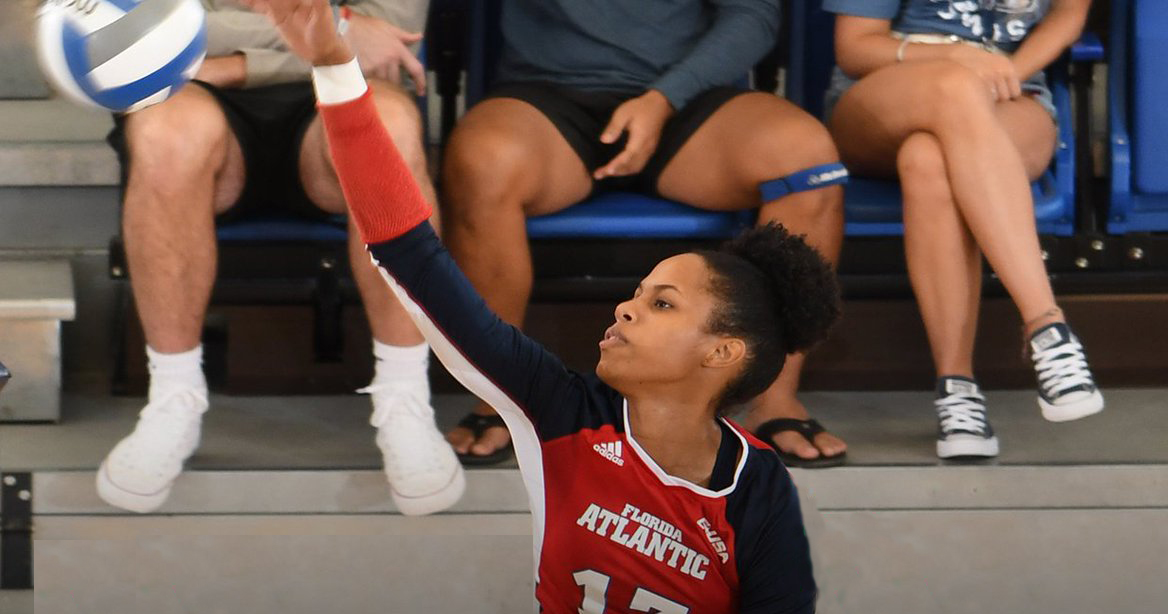 Massiel Matos, Florida Atlantic, Jr., Higuey, Dominican Republic
On Thursday night, Matos had 12 kills and five digs in the Owls’ five-set win over Rice. The set the school record for longest home winning streak at 14. She followed that up with 20 kills and 13 digs in a win over Middle Tennessee. It extended the home winning streak and was her 12th double-double of the season. Those 18 kills elevated her to eighth place on the FAU career kills list. For the weekend, she averaged 4.0 kills per set and hit .383.

Lina Bernier, FIU, R-Jr., San Juan, Puerto Rico
Bernier helped the Panthers to a 2-0 week with wins over Middle Tennessee and Rice to extend their winning streak to three matches. She recorded 35 digs on the week and five per set, while also averaging 1.86 assists. Bernier manufactured 15 digs and an .818 reception percentage, with four assists against Middle Tennessee. She followed that up with 20 digs and a perfect reception percentage against league-topper Rice to go along with nine assists, falling just shy of her third double-double of the season.

BREAKING | Congratulations to #FIU's Lina Bernier for being named @ConferenceUSA Defensive Player of the Week.#PawsUp 🐾 pic.twitter.com/1a6gbsrZNF

Nya Steele, Charlotte, Fr., Clemmons, N.C.
Steele threw up a career-high 60 assists and erupted for 15 helpers per set, leading the 49ers to a 3-1 victory over Marshall to close out the 2018 regular season Friday night. Steele started with 15 assists in set one before tossing up 17 in a 25-15 second set win to even the match. Adding 10 more assists in another quick 25-15 victory, the freshman saved her best set for last, posting 18 in a 27-25 match-clinching victory. The setter also added nine digs having at least two per set averaging 2.25 per set on the night.

AWARD WINNER! Congrats to Nya Steele who picks up her second weekly honor from C-USA, this one for being the final Setter of the Week!

Abbie Hughes, FIU, Fr., Mason, Ohio
Hughes led the Panthers to a 2-0 showing, highlighted by her career-first triple-double against C-USA power Rice. The freshman mustered 33 assists with 16 digs and 11 kills at a .400 hitting clip. In addition, Hughes posted 19 assists with 11 digs and four kills for a double-double against Middle Tennessee. For the week, the Ohio product averaged 7.43 assists, 3.86 digs, 2.64 points and 2.14 kills.

BREAKING | Congratulations to #FIU's Abbie Hughes for being named @ConferenceUSA Freshman of the Week.#PawsUp pic.twitter.com/BV57UMLj60