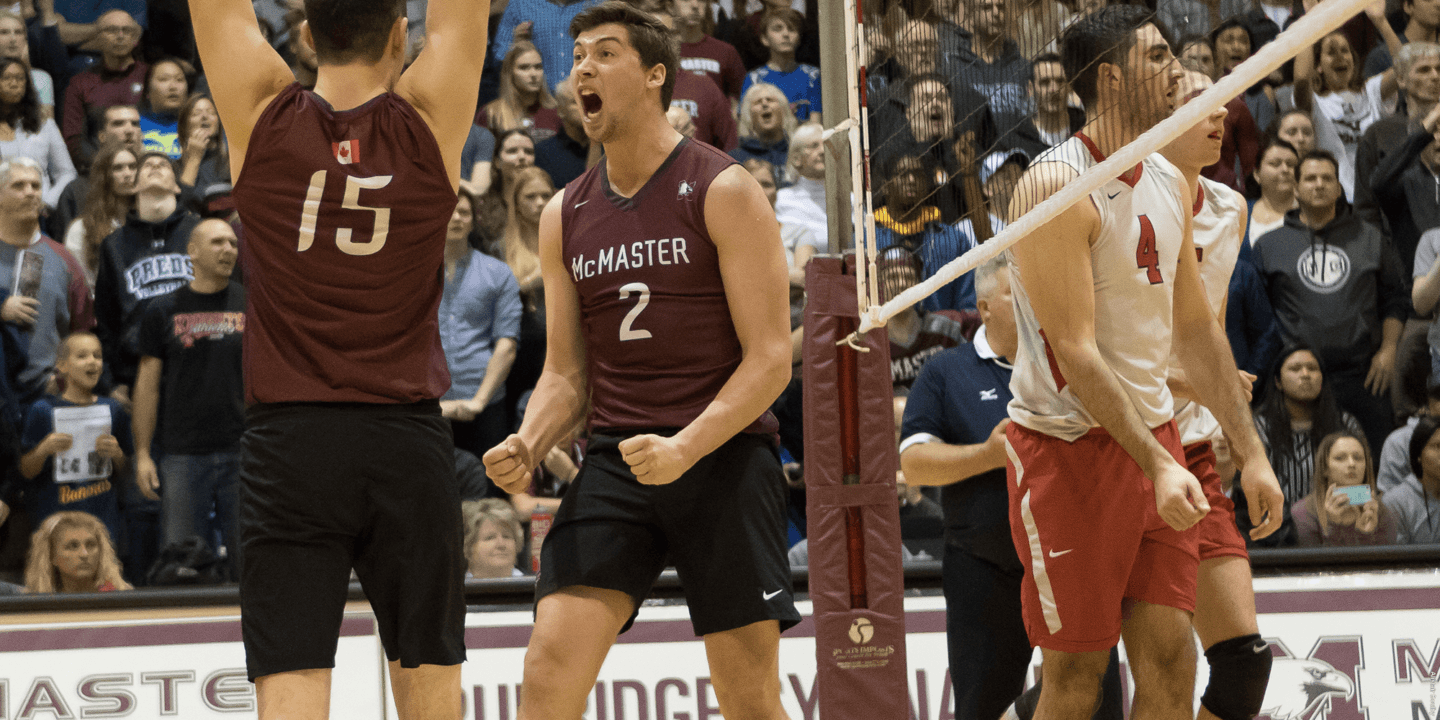 McMaster University, the 2nd-ranked team in the Canadian U Sports federation, keeps their winning streak going on to seven in a row with a sweep over Ohio State in an exhibition matchup 3-0, 25-23, 25-16, 32-30. The exhibition match was the inaugural edition of the Nike North America Challenge. The two teams met at the beginning of last season with McMaster winning then as well.

The Buckeyes fought until the very end, with a third set score of 32-30, but were unable to get past the Marauders.

Leading McMaster was Danny Demyanenko with six kills and three blocks. Peter Khodkevych and Jayson McCarthy each put down four blocks in the match, with Brandon Koppers picking up six digs and one ace.

A year ago, McMaster’s two-match triumph over the Ohio State Buckeyes sent shock waves through the North American volleyball community. The Marauders signaled that their trip to Columbus was no fluke Friday, sweeping the defending NCAA Division I champions in straight sets at the Burridge Gym in the inaugural edition of the Nike Team North America Challenge.

Senior middle Danny Demyanenko led the way for McMaster with a team-leading total of 9.5 points, killing six of 12 hitting attempts versus just one error (.417) while adding an ace and two and a half blocks.

French international Nicolas Szerszen was the match’s leading scorer for the Buckeyes in a losing effort, with 10 points all coming by way of the kill.

Ohio State earned 42 points to McMaster’s 39, but were hobbled time and again by service errors, committing 27 over the course of the three-set match.

Dictating with their defence, the Marauders out-blocked and out-dug their opponents on Friday, with six solo blocks and 10 block assists between them.

There was nothing to choose between the two teams in the opening set until the technical timeout had come and gone. Service errors from both sides kept things tight, but Mac doggedly held a lead from 18-16, and, after seeing their first set point go by the wayside at 24-22, Demyanenko hammered a quick through the middle for the slim first-set victory.

Blasting ahead early in the second set, Mac was well on the way to the technical when opposite Jayson McCarthy put a kill to the floor from the right wing for 14-10. There was no fight-back to be had, and a four-point run to 19-11, capped by a pair of double blocks by McCarthy and middle Peter Khodkevych, put the set beyond doubt.

With 10 set points to work with, Mac saw two pass them by before outside Brandon Koppers wiped wide off the block to give the home side the dominant two-set lead.

It was the third set that provided the most absorbing volleyball of the night, with the visitors settling in, and determined to extend their road trip.

Momentum was with McMaster early, as they surged ahead 11-7 on the strength of a Demyanenko block. But by the time the technical timeout rolled around, that lead had evaporated to just one, and that is where the margin would stay.

The teams remained neck and neck, and the Buckeyes enjoyed four set points as the rallies lengthened. But once again, Ohio State’s problems from the service line proved to be their undoing on Friday, and on their third match point, McMaster capped the night on a kill from Koppers.