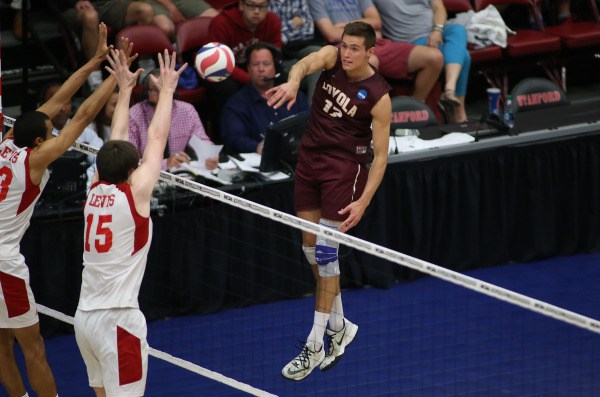 American National Teamer Thomas Jaeschke has returned to Poland where he will rejoin professional club Asseco Resovia for the second-half of... Archive Photo via Loyola University Athletics 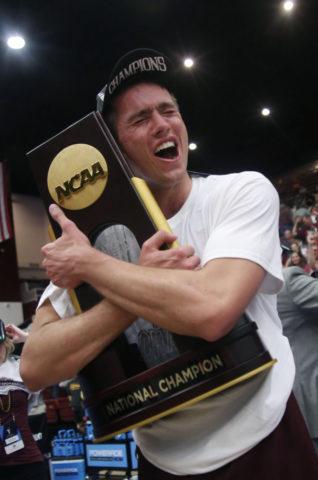 American National Teamer Thomas Jaeschke has returned to Poland where he will rejoin professional club Asseco Resovia for the second-half of the season. The American arrived in Rzezow last Monday, the day after Christmas, to complete his part of an agreement made with the club prior to the season. That deal allowed him to spend the fall semester back in the United States to complete his college degree.

Jaeschke played for Loyola University – Chicago from 2013-2015 and was named the 2015 AVCA National Player of the Year. After his junior season, he signed a 3-year contract with Asseco Resovia Rzeszow, forgoing his final year of college eligibility.

After the first year of his contract, however, he returned to Chicago to complete his degree in finance – and now rejoins his club as they push toward the top of the table. The club has 38 points through 16 weeks of play with a 13-3 record, which leaves them 3rd in the PlusLiga. They have a 42-16 set record on the season.

Jaeschke made his debut with the U.S. National Team at the 2015 at the NORCECA Champions Cup and continued on to be a part of the team that won a bronze medal at the 2016 Rio Olympics. In that bronze medal game, he had 2 kills and a block.