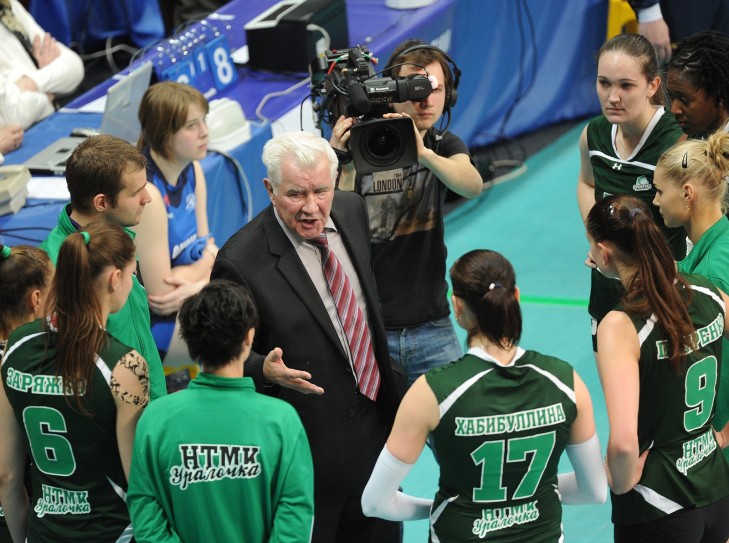 Legendary Russian coach Nikolay Karpol, a 2009 Volleyball Hall of Fame inductee, has been recently awarded the Russian Federation 2017 National Sports Award due to his services to Russian domestic volleyball Current Photo via FIVB

In an age where American sports teams are learning from European soccer to change their coaches every other year, stories of loyalty between a team and a coach are becoming a thing of the past. As an example, the average coaching tenure in the NFL is a tad below 4.5 seasons, while in the NBA that time is lowered to about 3.5 seasons. Of course we do have the Bill Belichicks (18 Seasons) and Gregg Popovichs (22 seasons) of the world, but the numbers clearly show they are outliers.

In comes legendary Russian coach Nikolay Karpol, a 2009 Volleyball Hall of Fame inductee, who has been recently awarded the Russian Federation 2017 National Sports Award due to his services to Russian domestic volleyball, according to Russia’s website Trud.ru. And a service it has been, as Karpol, now 79 years old, has been the president and head coach of famous club VC Uralochka-NTMK since 1969. With the team, he won:

This is but another important prize in Karpol’s long history of excellence, as his personal volleyball story can sometimes be confused for that of Russian volleyball history itself. He was also a recipient of several other Russian and Soviet civil awards:

Karpol has also coached both the Soviet and Russian female national teams. His list of accolades with both teams is just as astounding:

With the Soviet Union

Karpol is famous for yelling at his players and hating interpreters that did the talk for him, being nicknamed “The Howling Bear.” However, according to his own statements, he never insulted players, and stuck to only giving technical advice. To his defense, he says that players have never left volleyball due to his screaming, but many have left because of disappointing losses.

The club took to Instagram to commemorate the award (scroll for pics):

Nikolay Karpol – “The era in sport”! The head coach of our club Nikolay Karpol won “The Age in Sport” prize of the 2017 National Sports Award, which is aimed at awarding those who have worked for the development of sport in the country for many years.
We are proud!