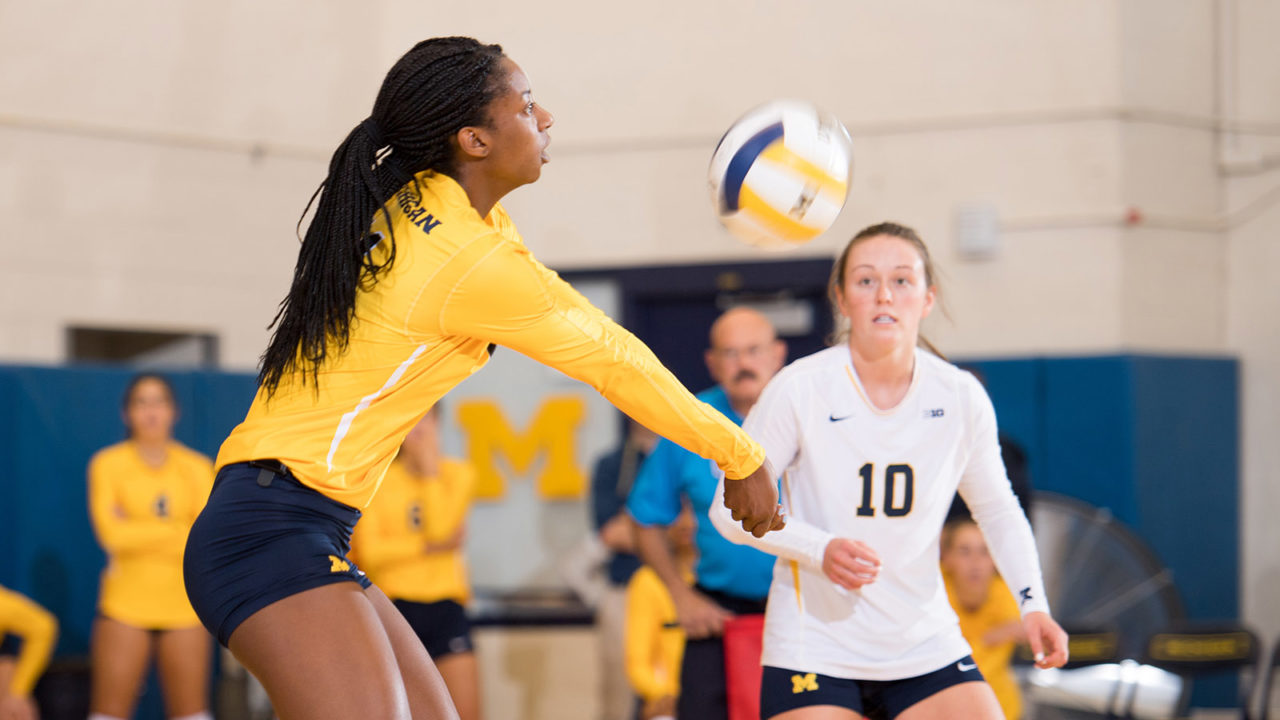 Former University of Michigan player Adeja Lambert has signed her first professional contract to play overseas in Finland. She signed a... Archive Photo via Michigan Athletics

While her offensive numbers were down as a senior (she had fewer kills than in her freshman or junior seasons), she had her most efficient year with a .221 hitting percentage, had her best service season with 16 aces, and had her best defensive season with 216 digs (1.89/set).

“I hold those memories with me every day, just playing the sport that I love,” said Lambert on her signing day in an interview with WIFR. “Ever since I committed to the University of Michigan, that’s when I knew I was capable of playing professionally and being able to pursue my dreams.”

“If I do well in the classroom, in school. And I be a good person, and I work hard in my sport, or whatever I’m doing, I can accomplish this as well,” said Lambert.

The team finished 4th in the league’s regular-season table with 12 wins and 12 losses. They struggled down the stretch, however, losing 4 of their last 5 matches (and the other they won by just a 3-2 margin).