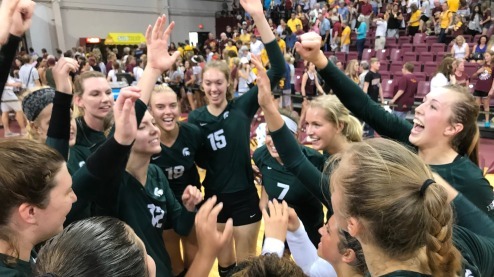 Michigan State is on the road for the final week of the regular season, heading to Indiana to take on both Purdue and the Hoosiers. Current Photo via Michigan State Athletics