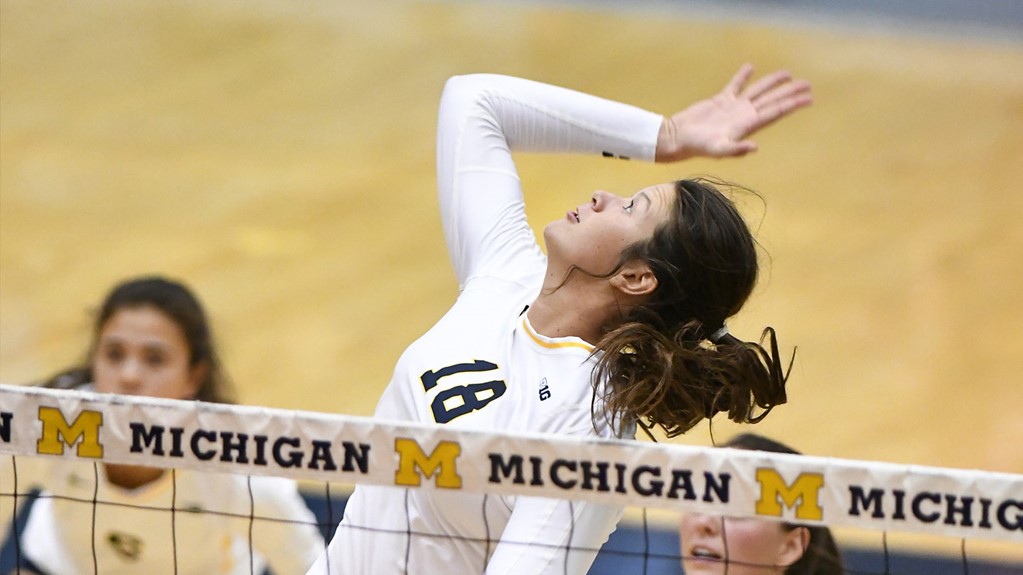 Following a week of upsets, Michigan's Carly Skjodt has been named the AVCA Player of the Week for her role in the team's wins over top-25 teams.  Current Photo via Michigan Athletics

Following a week of upsets, Michigan’s Carly Skjodt has been named the AVCA Player of the Week for her role in the team’s wins over top-25 teams.

The Wolverines have been struggling this season but have proved that the rankings don’t always prove a team’s overall worth, as they downed #8 Michigan State in three and #15 Purdue in four. Over the course of the seven sets of play, Skjodt posted 4.7 kills per set on a .321 hitting clip along with 4.0 digs per set.

Against Michigan State, Skojdt recorded a double-double of 17 kills on a .351 hitting clip along with 12 digs while recording another double-double against Purdue of 16 kills and 16 digs. The win over the Boilermakers is the first time that the Wolverines have downed Purdue since 2010. On the year, Skojdt has played in 107 sets and has recorded 394 kills and 241 digs.

In addition to being named the AVCA Player of the Week, Skjodt was also announced as the Big Ten Player of the Week. Skjodt is just the second player in Michigan history to garner the honor as Juliana Paz earned the award on November 24, 2009.