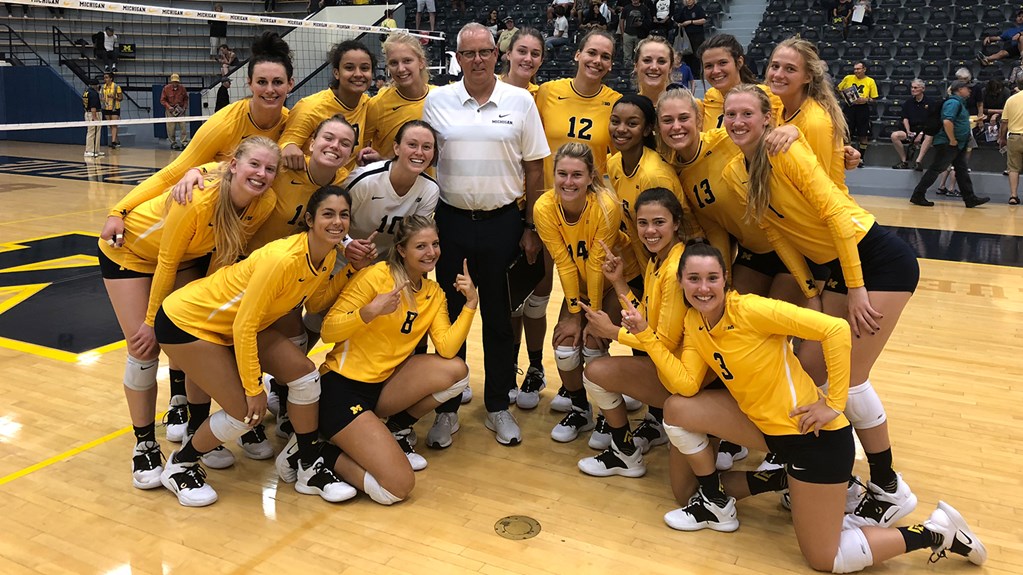 His squad rolled Rosen into the 600 club in style, hitting at a season-high .415 clip, committing just seven errors in the match. The Wolverines dominated the net in the match, outdoing Oakland 46-28 in kills and 9-3 in blocks, holding the Grizzlies to a .073 hitting effort. Michigan also boasted a 5-4 edge in aces.

Paige Jones led the way with 12 kills on a .545 hitting effort (12-0-22) and two aces. Carly Skjodt chipped in an 11-kill, 10-dig double-double, while hitting .310. Sydney Wetterstrom (7) and Cori Crocker (5) followed, each posting errorless efforts for hitting percentages of .636 and .556 respectively. Crocker accounted for a team-best five blocks, while Jenna Lerg pulled up a team-leading 11 digs.

Aleksandra Malek was the top scorer for Oakland with eight kills.

After falling behind 6-3 in Set 3, Michigan charged back with a 5-1 run to go up 9-7 on a solo stuff by Kayla Bair. Oakland tied the score at 10, but the Wolverines were off to the races from there with 13 of the next 16 points. Crocker turned in two blocks and was one of six players with a kill in the rally. A Crocker kill put the Wolverines on the cusp and one by Bair sealed the milestone victory at 25-15.

In 20 seasons in Ann Arbor, Rosen, who is the winningest volelyball coach in Michigan’s history,  has led the Wolverines to 16 NCAA appearances, including the national semifinals in 2012, Elite Eight in 2012 and six Sweet 16s.