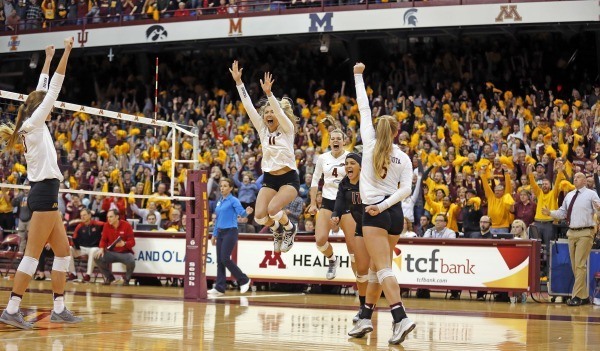 In the final week of conference play, Minnesota had a stellar playing week, defeating both the No. 1 Nebraska and... Current Photo via Minnesota Athletics

In the final week of conference play, Minnesota had a stellar playing week, defeating both the No. 1 Nebraska and No. 3 Wisconsin in five. With them winning each of these matches, they secured enough votes (36) from the committee to become the No. 1 ranked team entering the NCAA tournament.

Nebraska falls to No. 2 receiving 27 committee votes, while Wisconsin remains at No. 3 receiving one first place nomination.

No teams dropped out of the top-25.