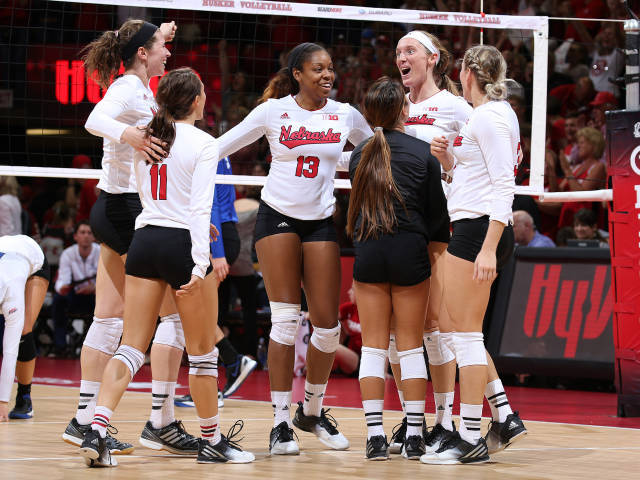 Three of the top four seeds in the 2016 NCAA Volleyball Tournament will go to the Big Ten Conference. Minnesota, Nebraska, Texas and Wisconsin were named the top 4 seeds by the NCAA tonight. Archive Photo via Nebraska Athletics

Three of the top four seeds in the 2016 NCAA Volleyball Tournament will go to the Big Ten Conference. Minnesota, Nebraska, Texas and Wisconsin were named the top 4 seeds by the NCAA tonight. After starting and ending the year as the unanimous #1 in the AVCA rankings, Nebraska will hold that spot in the tournament seeding as well.

The NCAA announced its top 4 seeds on the NCAA Volleyball Twitter (@NCAAVolleyball) in advance of tonight’s NCAA Selection Show. The Selection Show will reveal all 16 seeded teams, all 64 invited teams and all 32 first-round matchups. You can view it on ESPNU. For those without access to that channel, we’ll be tweeting the matchups live on @Volleymob, and will have full coverage of each of the 4 regions as they are announced tonight.

Here’s the NCAA’s tweet, which shows a short highlight reel of each team. The programs are announced in alphabetical order without their ranks (#1-#4) yet included. Those will be announced during tonight’s Selection Show.

Update: The NCAA has announced the order, included above.

The three Big Ten programs (Minnesota, Nebraska and Wisconsin) seemed logical choices to be in the top 4. Nebraska won the Big Ten title and are currently the unanimous #1 in the AVCA rankings, but Minnesota and Wisconsin have both spent time at #1 this season. Texas is a bit of a surprise. The Longhorns were NCAA runners-up last year, losing to Nebraska in the national final. But they didn’t even win the Big 12 this year – that honor went to Kansas, which was snubbed out of the top 4. Still, Texas did have the #2 ranking in the most recent RPI rankings compared to 8th for Kansas.