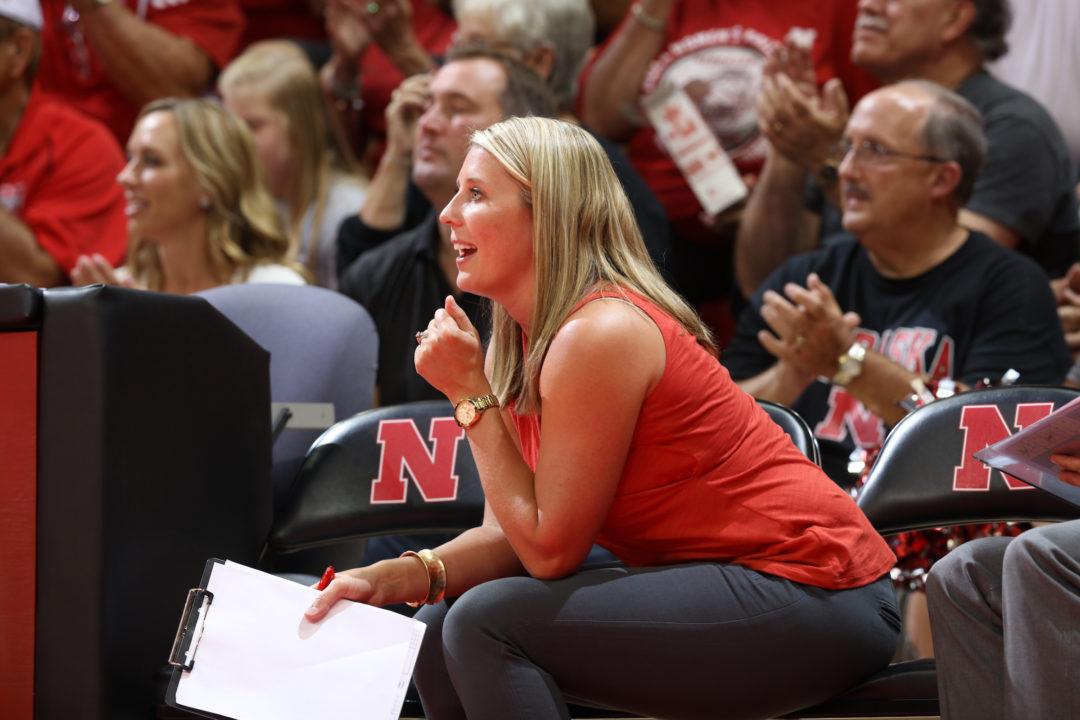 Dani Busboom Kelly will finish out the season at Nebraska before taking over the program at Louisville. Archive Photo via Nate Olsen/NU Communications

In the hours before the announcement of the field for the 2016 NCAA Women’s Division I Volleyball Championships, Dani Busboom Kelly has been announced as the new head coach of the Louisville Cardinals. She’ll replace the outgoing Anne Cordes, who led Louisville to the 2015 ACC title but resigned after a less-successful 2016 season for personal reasons.

Nebraska, the #1 team in the last AVCA poll, was announced as a top-4 seed for the NCAA Tournament on Sunday evening, while Louisville is not expected to earn an invite after a 12-18 season. Busboom-Kelly will finish out the tournament with the Huskers before joining her new program.

“When Dani told me she wanted to be a coach after she was finished playing for the Huskers, I suggested that she go away from Nebraska to see how the real world of coaching was different from Nebraska. Louisville was one of her stops,” head coach John Cook said. “I know from many conversations she loved Louisville, Tom Jurich the AD, and of course Muhammad Ali said it is the greatest city in the world. One of the proudest days of my coaching career was hiring Dani back to Nebraska to be a coach. Although I still can’t believe it, I am very proud of the coach she has become. She is ready for this job. She has been a captain of a national championship team, coached a national championship team, changed our recruiting, and has made me a better coach. We are so happy and proud of the work that she has done to get to this point in her coaching career. Louisville is getting a young rising star coach in Dani. We will miss her and Lane, and we thank her for all that she has done for Nebraska volleyball.”

“I am so thankful for the last five years I spent with Nebraska volleyball,” Busboom Kelly said. “Being a part of Nebraska as a player and a coach has been incredibly rewarding and no doubt has greatly influenced my career and myself as a person. I can’t thank John Cook enough for being a mentor and a friend. He has prepared me for this next step and I’ve appreciated his support throughout the process. He has always taught us to set goals and dream big. There are still goals to be accomplished in the next three weeks, and I will cherish the time remaining with the 2016 team.”

Busboom Kelly was a captain at Nebraska as an athlete and in 2006 was named the top Libero in the Big 12.

“I am incredibly humbled to be named the next head coach at Louisville volleyball as I’ve always considered Louisville one of the top athletic departments in the country,” said Busboom Kelly. “I can’t thank President Neville Pinto, Tom Jurich, and Christine Herring enough for having the confidence in me to lead an already tradition-rich program. Five years ago Louisville became my second home and knowing Tom Jurich’s commitment to his programs made this opportunity a dream come true.”