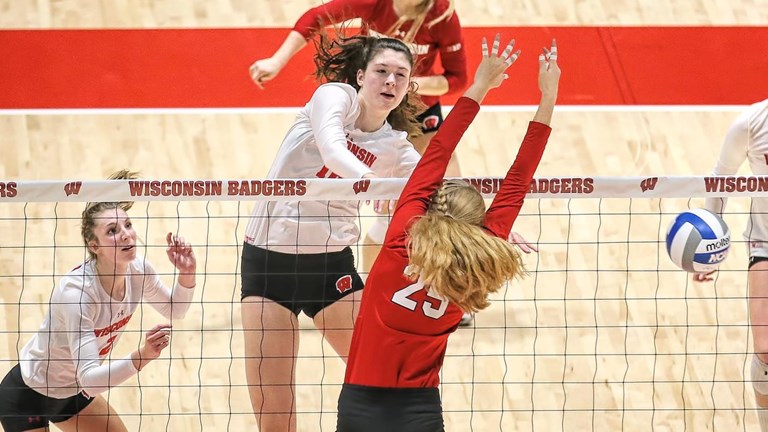 • Recorded a school record 30 kills versus Minnesota and added her third career double-double, the second of the season, with 17 kills and 10 blocks against the Wolverines

• Also added 1.75 blocks per set over the weekend

• Averaged 2.3 kills per set on a .516 hitting percentage and 2.3 blocks per set against No. 7 Penn State and Rutgers

• Had a career-high 10 blocks in a five-set win over No. 7 Penn State and followed with eight blocks in a 3-0 sweep of Rutgers

• Led No. 3 Minnesota to victories against No. 5 Wisconsin and Michigan State averaging 12.3 assists per set helping the Gophers hit .273 as a team for the weekend

• Against the Badgers, marked a season-best 56 assists, an ace, six digs and three blocks

• Versus the Spartans, added another 55 assists, four kills, eight digs and two blocks

•  Led the offensive charge with 31 kills, averaging 3.44 kills per set on a .333 hitting percentage and 2.9 digs per set as well as two double-doubles in a pair of wins against No. 5 Wisconsin and Michigan State

• Accepts her fourth career Freshman of the Week honor