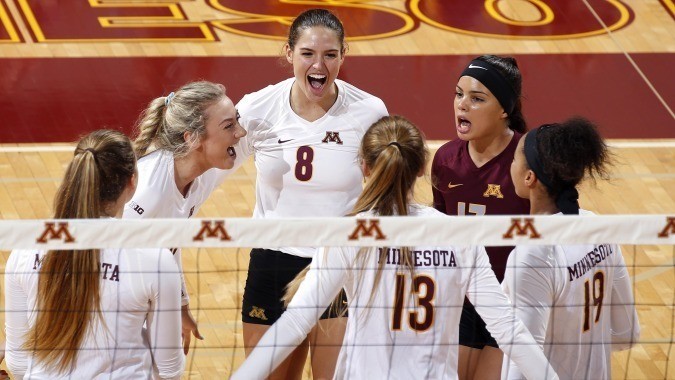 The decision to name Minnesota’s Sarah Wilhite the Player of the Year was unanimous, finishing with an average 4.13 kills per set. She had 13 double-doubles this season and is the 5th Gopher to earn the top honor, and is the second in a row.

Justine Wong-Orantes was also unanimously voted as the Defensive Player of the Year, and the first Husker to win the honor. She defended her title from last year.

Samantha Seliger-Swenson averaged 11.09 assists during conference play to take the Setter of the Year title.

Gopher Molly Haggerty earned the Freshman of the Year award, and is the fourth player in the history of the program to win the title.