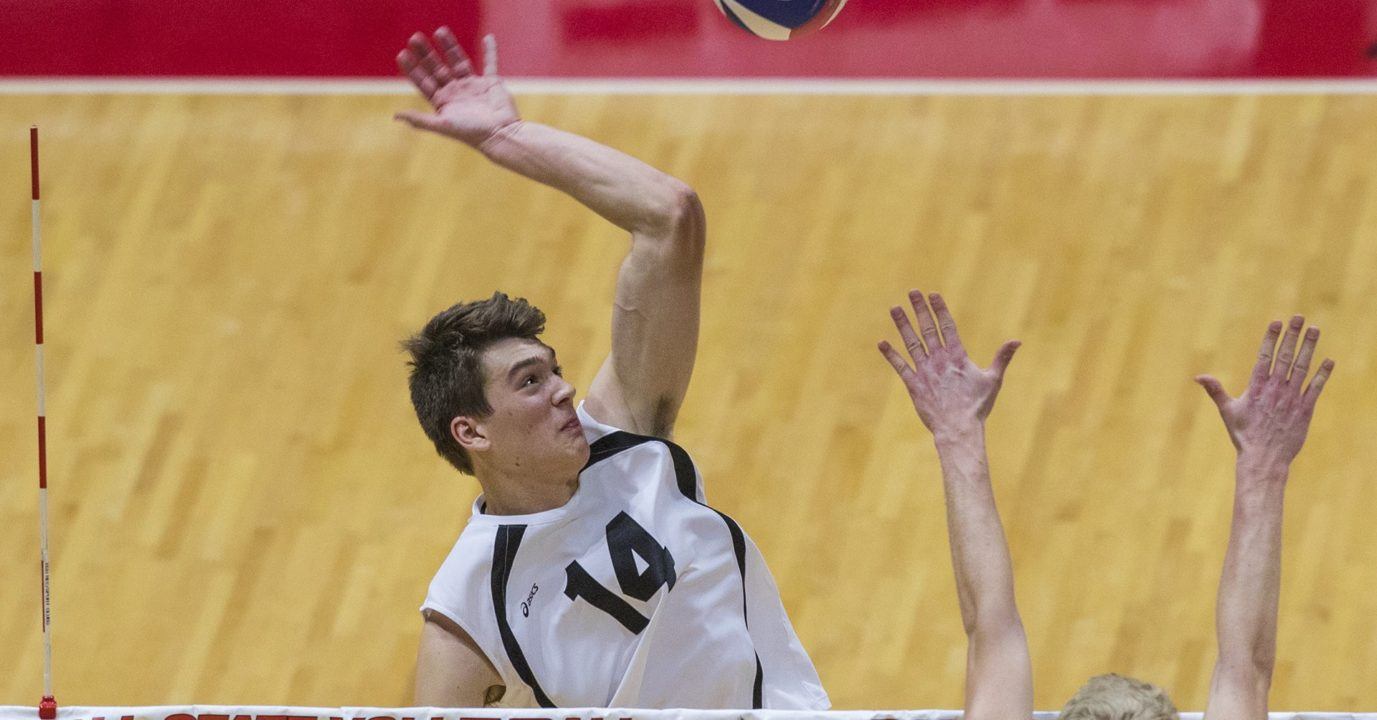 No. 15 Ball State Cardinals took down No. 15 Penn State Nittany Lions 3-1 Friday night in the final match of the Shondell Active Ankle Challenge in Indiana.

Penn State appeared to hit their stride in the second set, only allowing Ball State to lead once, and took the second set 25-20. However, Ball State rallied to finally overpower the Nittany Lions in the third and fourth sets.

“The guys did a good job with defense tonight,” said head coach Joel Walton. “Penn State has a lot of players we haven’t seen and we wanted to keep the pressure on their side of the net. I was pleased to see our guys come back out and play aggressive in sets three and four.”

The Nittany Lions rallied back and controlled set two. The Cardinals only led once in the set and fell with a final score of 25-20.

Ball State came out after the ten minute break and won sets three and four. The Cardinals had 14 kills, 14 digs and eight block assists, winning the set three 25-17. Senior Connor Gross had 11 assists in set four helping the Cardinals to a 25-18 victory.

Up Next: The 15th ranked Cardinals move to 4-1 on the season and will be in action again Friday, Jan. 20 at Harvard. Match time is set for 7 p.m.

Chris Nugent led the Lions in kills racking up 17 on the night hitting at a .289 clip and adding seven digs defensively.

Luke Braswell and Royce Clemens each had 11 digs with Braswell pouring in 43 assist as well.

Penn State (1-2) opened the match with a 19-25 first set loss behind seven team attack errors hitting .207 as a team while Ball State (4-1) committed only two errors and hit .385 for the set behind the arm of Matt Szews.

Set two saw the Nittany Lions jump out to a 6-2 lead behind kills from Chris Nugent, Calvin Mende and Kevin Gear paired with two Cardinals attack errors and a service error to open the set.

Ball State crawled back to tie it up at 17-17, 18-18 and 19-19 despite committing a game high eight attack errors in the second set. Penn State capped the set and evened the game at 1-1 heading into the break on a kill from Gear.

Out of the break it was all Ball State as the Cardinals led from beginning to end of the third set winning 25-17, before taking the fourth set ending the game on a 14-8 run.

Up Next: Penn State will return to action tomorrow at 7 p.m. ET as they take on the Mastodons of IPFW in Fort Wayne, IN at Hilliard Gates Sports Center.