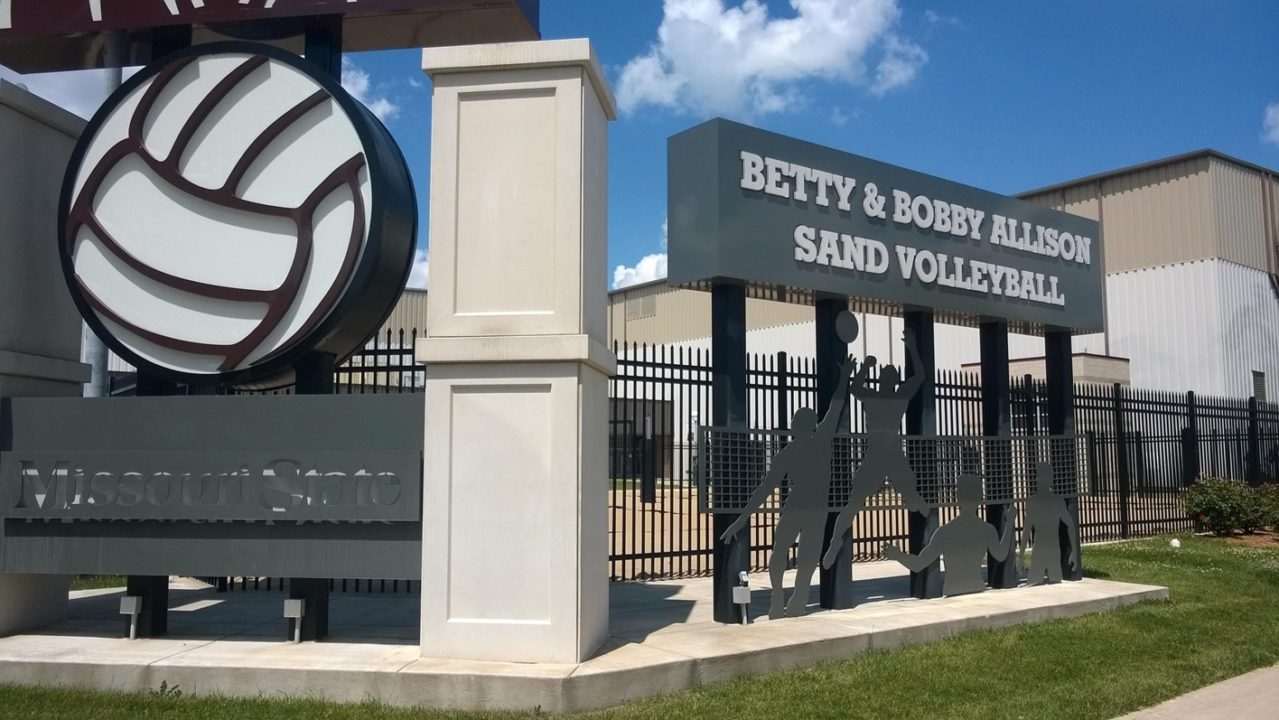 With their first season in the sand approaching, Missouri State Beach is adding a pair of grad transfers from UNC and Lindenwood. Archive Photo via MSU Athletics Communications

As the 2018 beach season approaches, Missouri State is bolstering its roster in its inaugural season in the sand by adding a pair of graduate transfers. The first, Taylor Fricano, comes from North Carolina, while Ivy Reynolds, formerly of Lindenwood, joins her in the program.

Fricano should be in line to play up at the net at 6’4″. The native of Palatine, Illinois originally attended Wisconsin for two years – redshirting one and appearing in seven sets in the other. Following that she transferred to North Carolina, where she spent her last three seasons and averaged 1.05 blocks per set.

The two join a roster for the Bears that consists of 15 players for 2018 now. Their first ever season as a program will start up on March 2 as they head to Nebraska to start up a 17 match slate.