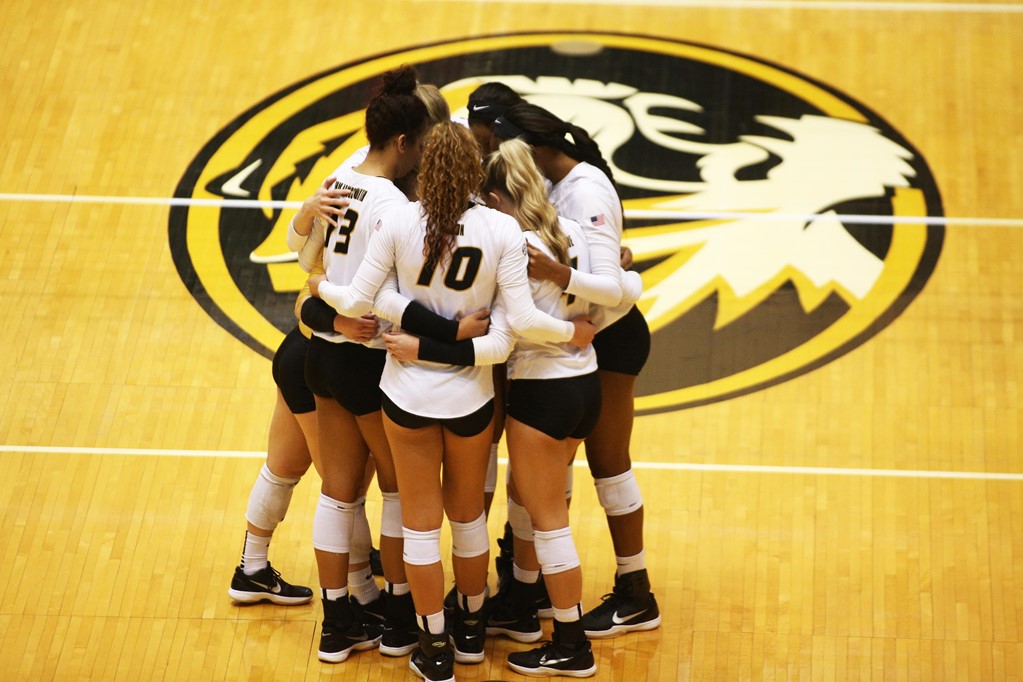 Only 13 brackets accurately predicted that Missouri would beat Kansas in the first round of the tournament, which represents about 10% of brackets entered. Current Photo via Missouri Athletics

The 2017 NCAA Women’s Volleyball National Championship tournament took its first big turns on Friday, as most of the field played their first games and a handful took on 2nd round contests.

The most significant result of the day was Missouri taking out Kansas in a game that is known as “The Border War,” back to the days when the two teams were both in the Big 12 (and before that, the historical rivalry between the two states). For Kansas, that’s an early exit and finish to the season where we had them ranked 7th in the country to start the year. Brag; VolleyMob’s Wendy Mayer predicted this exact result in her regional preview.

That outcome officially killed are last 6 perfect brackets up to that point. The current leader, Kyp, is actually a VolleyMob writer, and so is ineligible for prizes, but he’s come the closest – with 35 points, one short of a perfect score of 36. The Kansas vs. Missouri outcome is the only one he missed.

That means he did correctly predict many of the other ‘surprising’ outcomes, though we’d debate how surprising some of them they really were. Only 41% of brackets correctly picked Western Kentucky over Notre Dame, and the Hilltoppers won in an easy sweep. Colorado St. and Michigan were split pretty down the middle (shocking, given that Colorado St. already swept Michigan once this year).

Standings After Day 2 below: