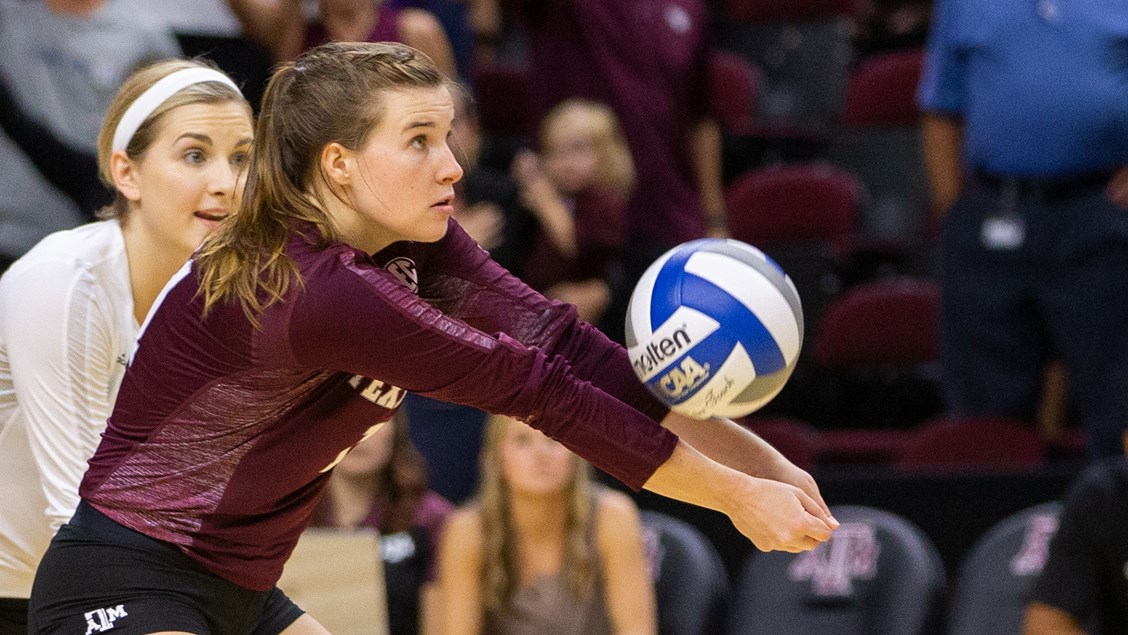 Missouri's Leketor Member-Meneh, Texas A&M's Amy Houser and Camille Conner, and Kentucky's Madison Lilley and Alli Stumler were honored by the SEC as players of the week for the league opening week.  Current Photo via Texas A&M Athletics

Missouri’s Leketor Member-Meneh posted 4.57 points and 4.43 kills per set along with a .343 hitting percentage in wins over No. 25 Alabama and Arkansas to start the 2018 season.

Leketor Member-Meneh is the SEC Offensive Player of the Week!

Texas A&M’s Amy Houser averaged 5.25 digs per set over two SEC victories this past week. She had a match-high 19 digs against Arkansas on Wednesday, followed by 23 digs against Georgia on Sunday.

SEC Co-Setters of the Week

Kentucky’s Madison Lilley dished out 41 assists in UK’s four-set win at Tennessee Sunday. It was the seventh match this season she had at 40 or more assists.

Texas A&M’s Camille Conner averaged 10.25 assists per set in a pair of SEC wins to start the season. She registered 34 assists against Arkansas and 48 against Georgia.

A&M’s Camille Conner is the SEC Setter of the Week after leading A&M to back-to back wins to open conference play. @camilleconner81#OwnIt #GigEm pic.twitter.com/FEV5PKYks5

Kentucky’s Alli Stumler registered her second career double-double of 14 digs and 10 kills in UK’s win at Tennessee Sunday. She also recorded a career-high three aces and three total blocks during the match.