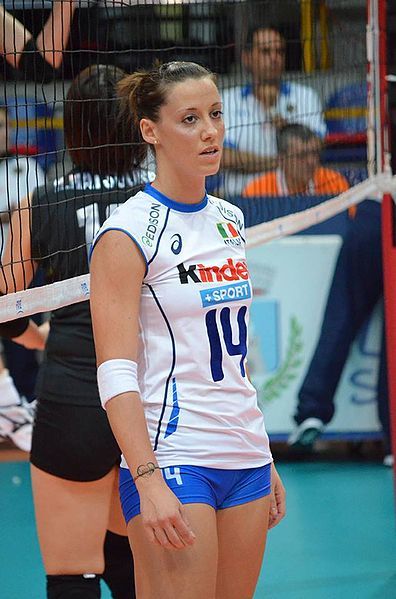 Italian side Modena has signed setter Valeria Caracuta from A2 (Italian second league) side Palmi after Alessandra Petrucci was sidelined in mid-January... Archive Photo via Mentnafunangann

Italian side Modena has signed setter Valeria Caracuta from A2 (Italian second league) side Palmi after Alessandra Petrucci was sidelined in mid-January with an injury to her right hand. Doctors have given Petrucci a 35-40 day course of rehab, and with Modena having both league and Champions League commitments, including the Final Four of the Italian Cup on March 4th and 5th, they were forced to find a new setter.

The team now has two active setters on their roster – besides Caracuta, another veteran Francesca Ferretti was the team’s primary setter before Petrucci’s injury and remains as such going forward. Ferretti and Petrucci are 32 and 33 years old, respectively, as compared to the younger (and shorter) 27-year old Caracuta.

The two have shared time since Caracuta’s arrival, with Caracuta playing 5 sets in 4 games with her new side – mostly on serves.

Modena currently ranks 7th in Serie A with 22 points through 16 rounds of play (and an overall 7-9 record). The club is 3-1 since Caracuta’s arrival, but is down 0-2 against10th-place Monza as this article is being written.