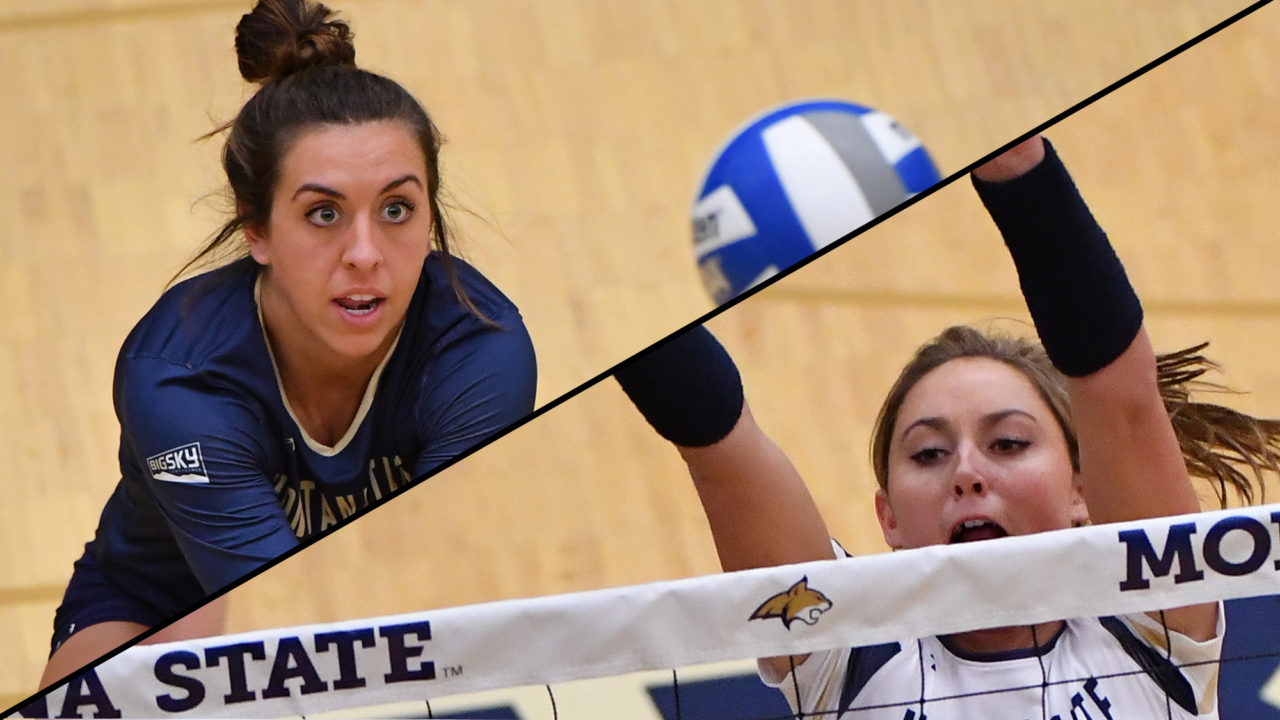 Wilson, a junior outside hitter from Vancouver, Wash., paced MSU offensively as the Bobcats won the Seattle U Classic over the weekend with a perfect 2-0 mark. Behind Wilson’s efforts, Montana State became the first Big Sky team to knock off the Redhawks this season, as Weber State, Sacramento State and Idaho State all fell to Seattle U. On the weekend, she averaged 3.50 kills with a .333 attack mark. In addition, she averaged 1.00 digs per set and had four blocks. For her efforts, she was named to the all-tournament team. In MSU’s opener against Tennessee Tech, Wilson notched 17 kills with a .410 attack mark. Against Seattle U, she added 11 kills and five digs. On the season, Wilson has been averaging 3.08 kills per set, while hitting .229 from the field.

Rizzo, a junior libero from Crestwood, Ill., continued to be one of the top liberos in the Big Sky Conference with an all-tournament team performance at the Seattle U Invitational. The junior posted 44 digs on the weekend, averaging 5.50 saves per game. In MSU’s win over Seattle U, she logged 24 saves, averaging a whopping 6.00 digs per set. Rizzo also notched 20 digs in MSU’s win over Tennessee Tech. She has been over 20 digs in eight of MSU’s 11 matches on the season. Over the weekend, she also added seven assists and six service aces. On the season, Rizzo is averaging 5.32 digs per contest. Rizzo now has 1,078 digs on her career, which ranks seventh all-time at Montana State and leads the Big Sky with 5.32 digs per set.

First they earned all-tournament team honors, now they're #BigSkyVB Players of the Week.