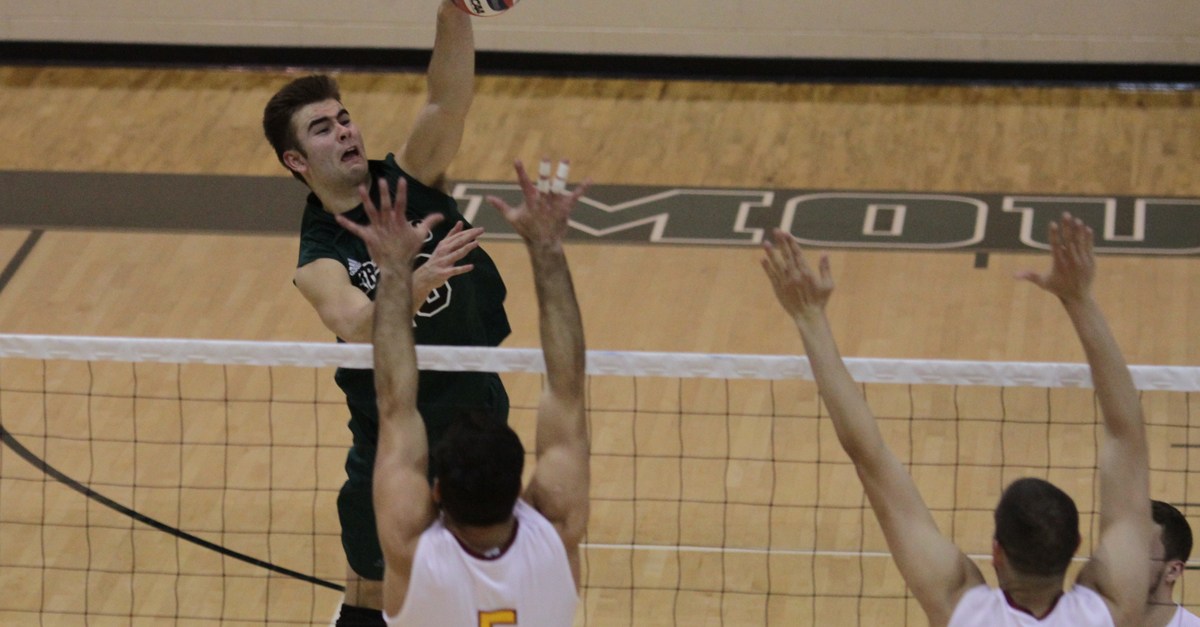 This week’s AVCA National Player of the Week is Mount Olive’s Robert Poole after guiding his team to a perfect... Current Photo via Mount Olive Athletics

This week’s AVCA National Player of the Week is Mount Olive’s Robert Poole after guiding his team to a perfect week.

The team faced North Greenville and Limestone in a pair of matches over the weekend. Poole’s overall hitting percentage ended in .393 for the two matches, adding 5.57 kills per set.

The 6′ 9″ junior put down 20 kills in the teams 3-1 win over North Greenville, hitting for .424, also adding seven digs and two aces. In the second match over Limestone, he added another 19 kills on a .361 hitting percentage.

This award is only the third in the 13-year history of the program and the first since Jack Tutty garnished the award in 2012.

Mount Olive returns to action on Friday on the road when they take on King before traveling to face Lees-McRae on Saturday.