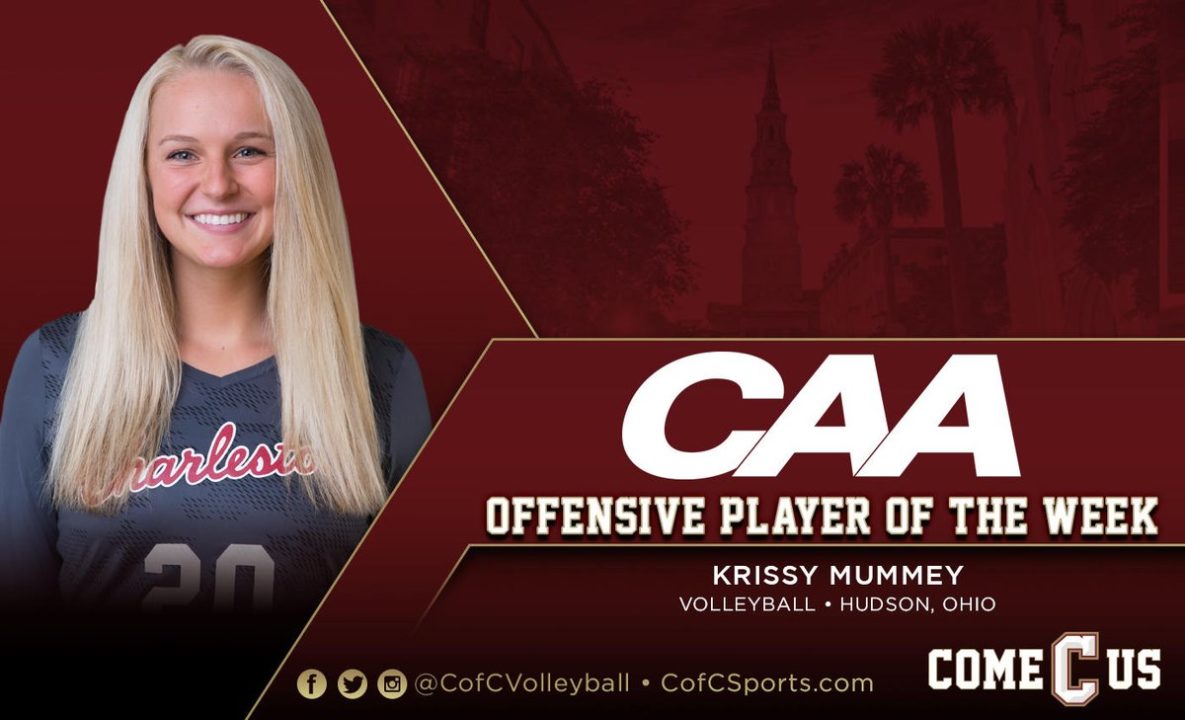 Mummey notched 4.00 kills per set, while hitting at a .610 clip in wins over james Madison and UNC Wilmington. She started the week with 22 kills on a .667 hitting effort against JMU on Monday. The Hudson, Ohio, native added six kills and three blocks, while hitting .455 on Saturday. 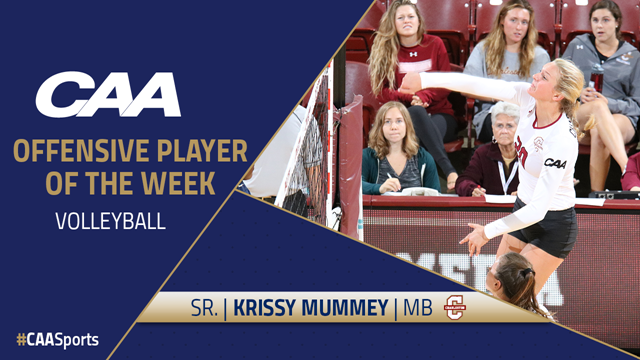 Austin pulled up 5.15 digs per set against College of Charleston, William and Mary and Elon. The Ashburn, Virginia, native notched 15 digs and three assists against CofC. She added 29 digs in a five-set win over William & Mary and 23 against Elon. 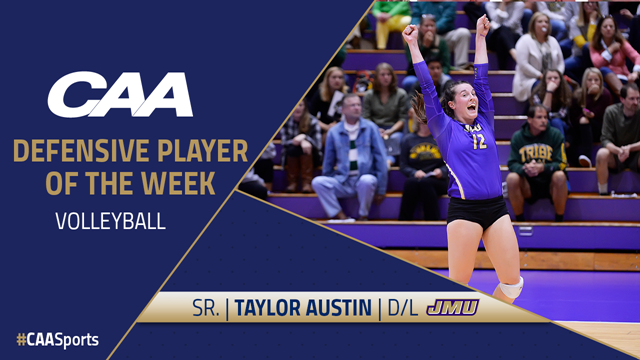 Tschannen hit .400 on the week, while tallying 2.57 kills per set. The Brighton, Michigan, native notched seven kills, four aces and three blocks against Delaware and rounded out the week with an 11 kill, two-block effort against Towson. 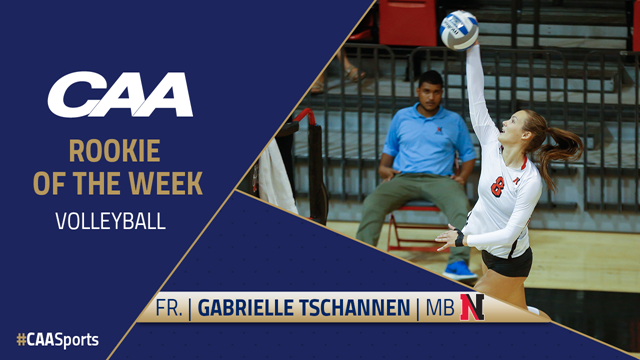