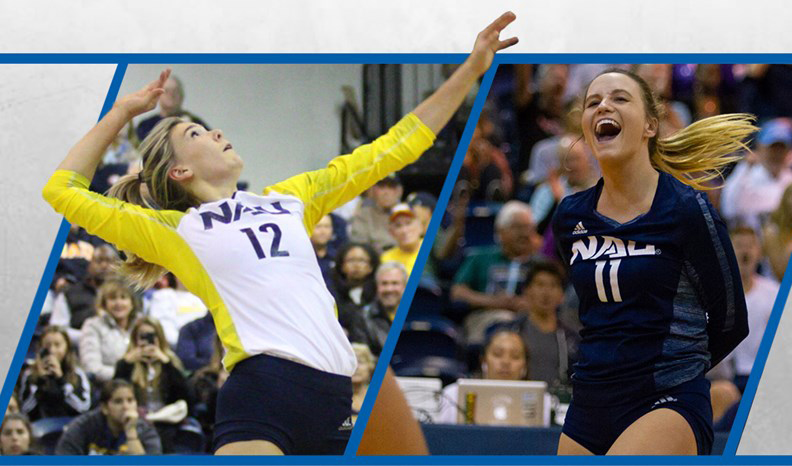 Jorgenson, a senior outside hitter from Saskatchewan, Canada, was the driving force for an NAU attack that hit .320 and averaged 15.33 kills per set in their two sweeps of Sacramento State and Portland State this weekend. Jorgenson totaled 23 kills at an average of 3.83 per set and hit .412 individually. She committed just two errors in 51 attacks. Jorgenson started the week with 10 kills on .375 hitting in the Lumberjacks pivotal victory over Sacramento State on Thursday to move into a tie for second place in the Big Sky standings. Jorgenson followed that up with 13 kills – her most in a three-set match this season – against Portland State on Saturday while posting her second-best hitting percentage of the season (.444). Jorgenson also averaged 5.50 digs and 0.83 blocks per set as she recorded 33 digs and five blocks (three solo). She averaged 4.67 points per set and posted double-doubles in both victories.

Anderson, a senior libero from Phoenix, Ariz., was solid in the back row for the Lumberjacks in a strong defensive weekend by NAU. NAU swept through both Sacramento State and Portland State at home to move into a tie for second-place in the Big Sky with three weeks remaining before the conference tournament. Anderson totaled 33 digs at 5.50 per set as the Lumberjacks limited the Hornets and Vikings to a combined .120 hitting percentage. Anderson posted 16 digs against Sacramento State last Thursday and followed with 17 digs against Portland State on Saturday.