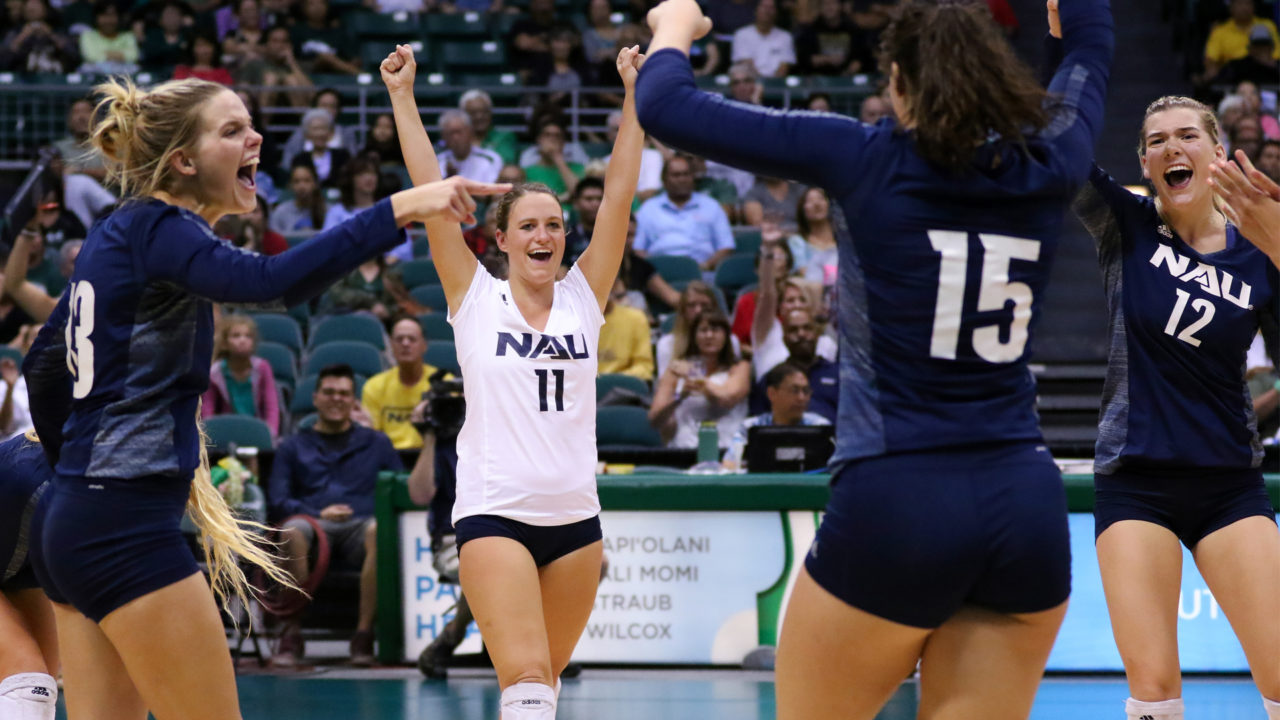 Anderson posted 9 digs and 8 assists in the Lumberjacks’ history-making upset of 7th-ranked Florida Friday night, and opened the tournament with 11 digs in their sweep of Southern Illinois Friday morning setting the table for her milestone effort on Saturday.

Through 10 matches of her senior season, Anderson has registered 189 digs. She notched a team-best 299 as a junior, 387 as a sophomore and 136 as a freshman. Anderson has played in 95 career matches for Northern Arizona.

Anderson pulled up a career-high 36 digs against Utah Valley State on Aug. 25, 2018. The Phoenix, Arizona, native has led the Lumberjacks in digs in 5 of 10 matches played this year.

Northern Arizona, which was selected to finish second in the 2018 Big Sky Preseason Coaches’ Poll with 87 points and 2 first place votes, is off to a 7-2 start to the season.