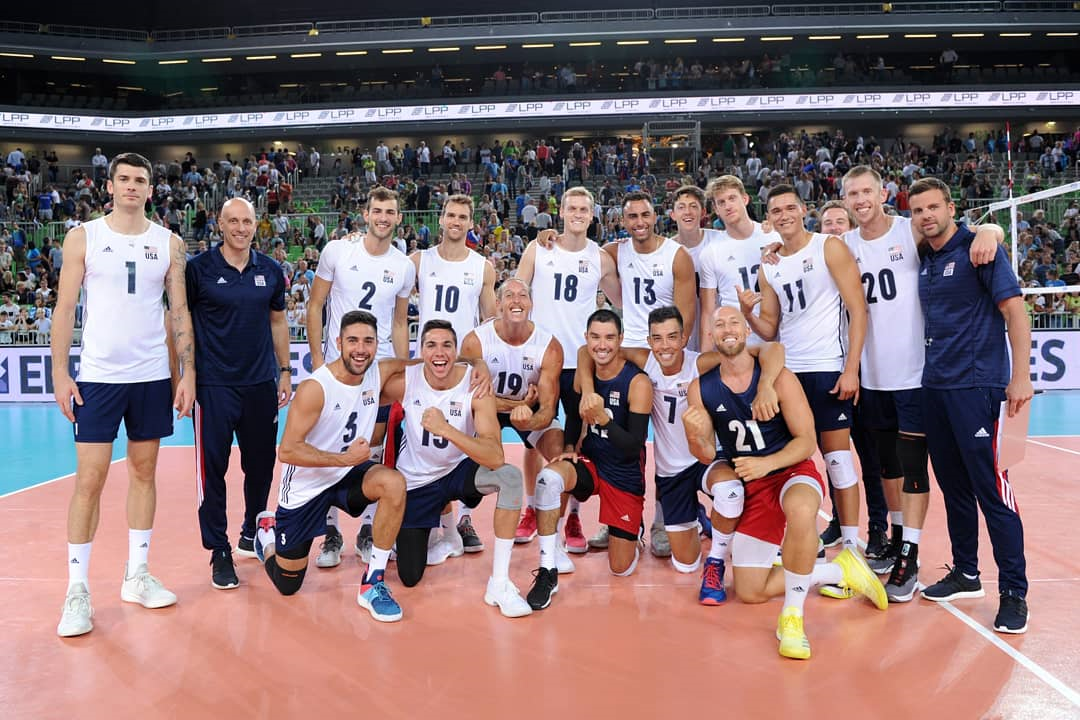 The United States Men's National Team finished the Ljubljana Challenge with its third victory in as many days, topping host Slovenia 25-22, 25-23, 24-26, 25-21, in a final leadup to the World Championships.  Current Photo via Slovenia Volleyball

The United States Men’s National Team finished the Ljubljana Challenge with its third victory in as many days, topping host Slovenia 25-22, 25-23, 24-26, 25-21, in a final leadup to the World Championships.

“We lost the third set because of some serving errors, but the rest I think we did good,” Taylor Sander said. “We’re working on our systems we need to. Overall it was a great tournament for us and it was fun playing against good teams.”

That lineup appears to be the current favorite for coach John Speraw as it is the same the team utilized in Thursday’s sweep of Iran.

On Friday against Canada, Speraw went with a completely different lineup, starting Jake Langlois and Brendan Sander on the outside, Jeff Jendryk and Dan McDonnell in the middle, Ben Patch at opposite, Kawika Shoji at setter and Dustin Watten at libero, while resting his veteran players. Only middle blocker David Smith saw action outside of the starting group, coming in for Jendryk midway through Set 3 (15-7).

“The World Championship is going to take the whole team, so it’s important that every guy on our team gets an opportunity to play and gets competitive repetition,” Patch told the Slovenian Federation. “It’s a good preparation for the next competition.”