Which NBA Stars Could Be Volleyball Giants? 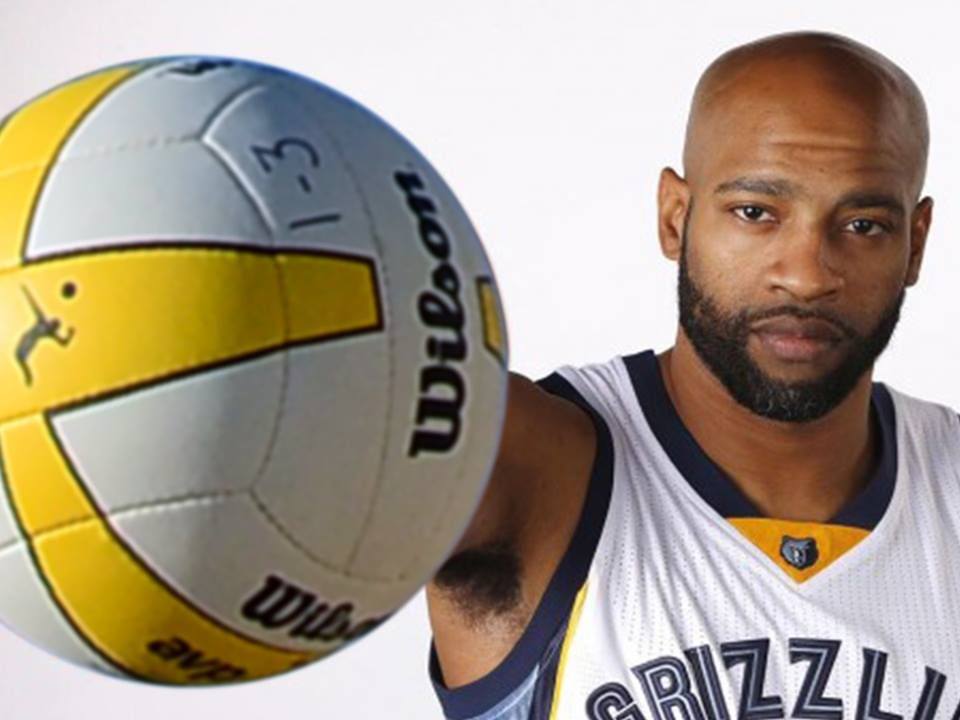 Sports today are filled with explosive athletes that defy science almost every day. Comparing a current sports team to a... Current Photo via AVP Volleyball

Sports today are filled with explosive athletes that defy science almost every day. Comparing a current sports team to a dynasty of the past is sometimes laughable as it seems every so many years the development of athletes and games change variously.

In particular with basketball and volleyball, the dynamic has shifted from skill based players to dominate athletes who can be develop their game through coaching and game time. As long as you are tall, can jump and have decent mobility, you can almost assure that you are bound to be a varsity athlete competing at a high level.

NBA players do play at a much higher weight than volleyball players. Shaq would have been an intriguing volleyball star, but would he be able to keep up with the pace of play? Dwight Howard can touch at 12 feet, 6 inches (150 inches, 381 cm), which is already higher than most elite volleyball players, but how high could he get if he dropped 40 pounds?

With the two sports holding similar skill sets, who is to say that a cross over between the two would be difficult. Erik Shoji would make a great shutdown defender at point guard and Matt Anderson has more than likely drained 3 pointers a time or two. But who in the NBA would be elite in the volleyball world? Here is a rough lineup of what you could expect if the basketball and volleyball powers collided. 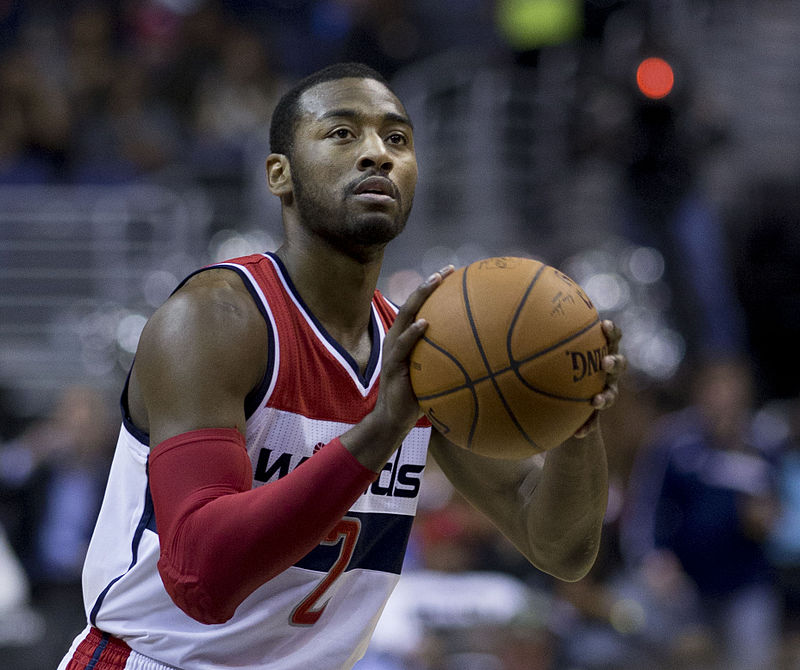 At 6’4 with a eye for assists, John Wall would be a perfect setter. Currently averaging 10.1 assists per game, Wall uses his athleticism to get teammates the ball in scoring positions. John’s 8’5 standing reach could produce key blocks in the front row as well.

Although currently not in the NBA, its hard to keep out a former FAB 50 prospect, a three-time San Diego County Volleyball Player of the Year and the 2006 Mizuno National High School Volleyball Player of the Year. During the NBA lockout in 2011, Chase also returned to volleyball and competed in the Corona Light Beach Tour. Chase chose basketball over volleyball but don’t think that if he decided to step back onto the volleyball court he wouldn’t be able to be a dominate force again.

At the age of 39, Vince Carter may not be the high flyer he once was, but with previous volleyball experience, he may be somewhat of a surprise pick, but a smart one. With just one season of varsity volleyball played in high school, he nailed Volusia County Player of the Year honors in 1993, averaging 24 kills a game as a junior. A quick learner and a smooth veteran, gets whatever job needed done. 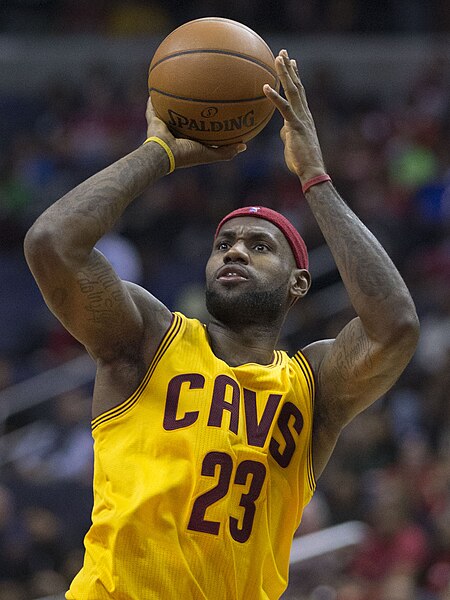 The question isn’t would LeBron be a good volleyball player, it’s where would he be best suited to play? With his quickness, size, vertical and strength, middle would be ideal for LeBron. Although he is an elite passer, his shot blocking ability is astounding and his chase down blocks would even give Giba nightmares. Growing up in Cameroon, Joel Embiid had a dream of one day being a professional volleyball player in Europe. At the age of 15 he began playing basketball and the rest is history (in process). At 7 foot, Joel would be a monster. His quick footwork would get him to close almost all blocks and his wing span would leave many opponents speechless. At only 22 years old, Embiid has plenty more years to become one of the best big men in the NBA, and volleyball. 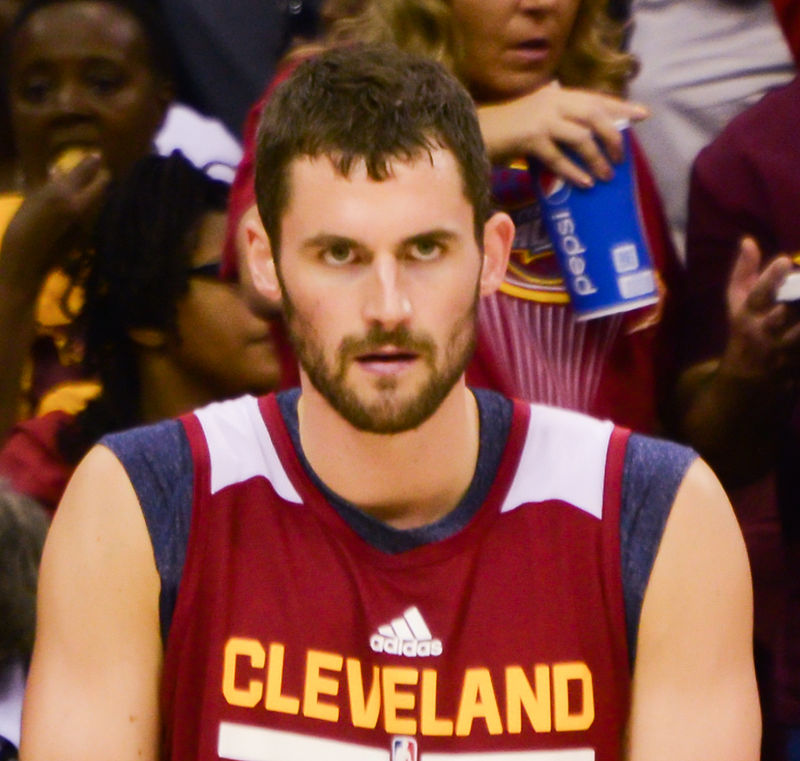 Having participated in the Manhattan Beach Open, Love is 0-1 as a volleyball pro. Still a solid record for a player who never really played volleyball up until his match. As a bright side, Love would provide a good outlet as a consistent shooter of the ball and a solid interior player.

A triple double machine and this years early MVP favorite, Russell Westbrook is one of the most versatile and athletic players in the NBA. At 6’3, 200 pounds, Westbrook makes up for his smaller stature with his intensity and command on the court, the perfect attributes to become a Libero. Setting up other players to succeed while also being as flashy as possible, Westbrook wears the opposite jersey well.

Currently in his first year as assistant coach of the Los Angeles Lakers, Jud Buechler was a 3x NBA Champ with the Chicago Bulls. While he received accolades from the NCAA as a First Team All-Pac-10 basketball player in 1990, he also led the Arizona Wildcats Men’s Volleyball team as an All-American. A Top-50 high school prospect in both basketball and volleyball, Jud retired from the NBA in 2002 and returned to his home in San Diego to be with his wife and two daughters. Jud coached his oldest daughter Reily at WAVE Volleyball Club when she started at age 9 all the way until her graduation, and she is now playing at UCLA. Having coached at the club level and now for the Lakers, Buechler should have no problem coaching an NBA Volleyball squad.