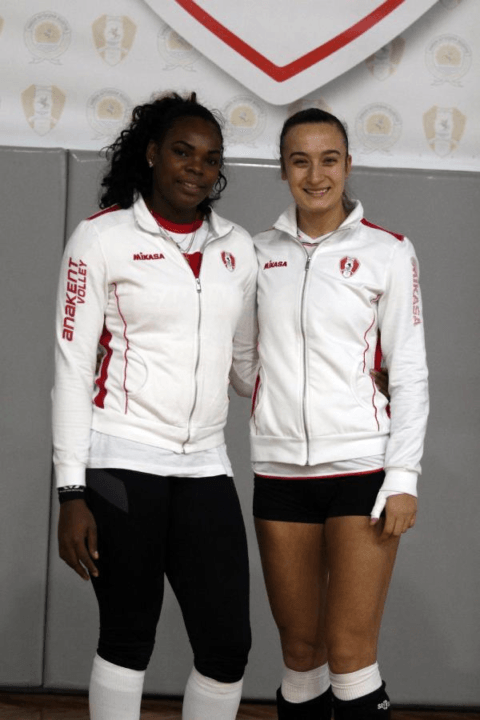 At 27 years old, Cuban opposite Ana Lidia Cleger Able has come out of retirement and signed to play with Samsun Metropolitan Municipality... Current Photo via Haberler.com

At 27 years old, Cuban opposite Ana Lidia Cleger Able has come out of retirement and signed to play with Samsun Metropolitan Municipality Anakent Sports Volleyball Team in Turkey for the 2017 season. The League 1 Group B Anakent Sports Club team was founded in 2016 and is currently 3rd in their league in 2017.

Harberler.com announced the transfer and asked Cleger how she felt at the signing ceremony.

“It is a very new team and a different country for me,” said Cleger. “Since I came here, my teammates and coaches have been very friendly to me, which I think is very important for me to accustomed to my team.”

“I am very happy to have come to Samsun,” said Korkut. “It is a very good friendship and ambiance in the team. All my teammates have been very helpful since the day I arrived and there are many players I have played with before on the team.”