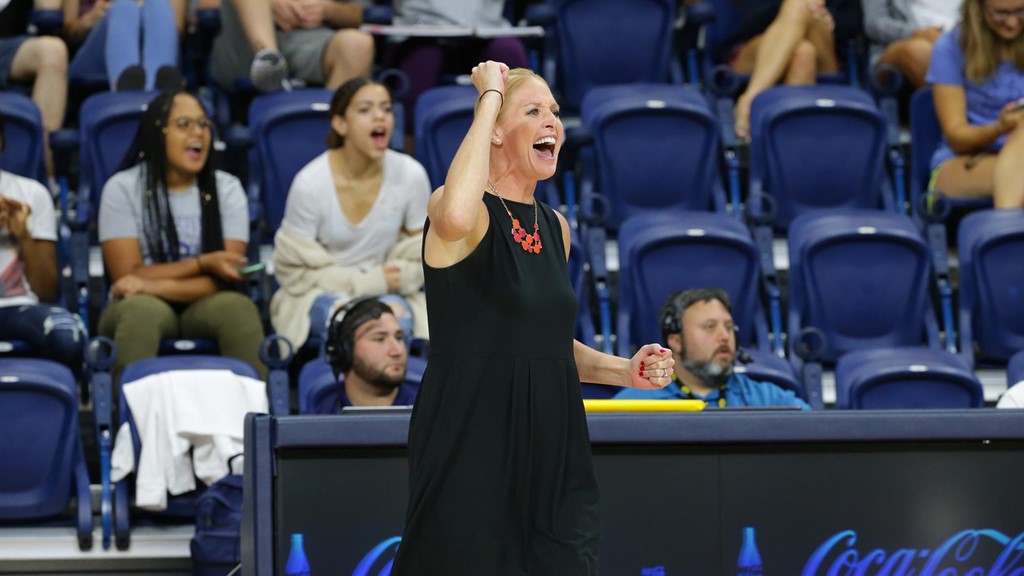 Penn State is expected to announce shortly the hiring of alumna Katie Schumacher-Cawley as its new assistant coach, where she will... Current

Penn State is expected to announce shortly the hiring of alumna Katie Schumacher-Cawley as its new assistant coach, where she will replace the outgoing Salima Rockwell, who retired from collegiate coaching at the end of last season. Schumacher-Cawley will only have to move halfway across the state from her former job as the head coach at the University of Pennsylvania.

The departure of Schumacher-Cawley means that Penn will have its 3rd head coach in 3 seasons next year. That comes after having the same head coach, Kerry Carr, for 19 seasons. Carr left the program as the winningest coach in program history, including winning 5 Ivy League titles.

Schumacher’s only prior coaching stop was at the University of Illinois at Chicago (UIC), where she spent 6 years as an assistant coach and 8 years as a head coach. She won 113 games as a head coach there, which included leading two-time Horizon League Player of the Year Stephanee Yancee. In 2016, her final season with the flames, they opened the year with a program-best 10 concecutive wins.

Penn finished last season 12-11, including 7-7 in the Ivy League in Schumacher-Cawley’s first year as head coach there. Penn State was 33-2, including 19-1 in Big Ten play, and advanced to the semi-finals of the NCAA tournament before losing to eventual national champions Nebraska in 5 sets. Two losses to the Cornhuskers were the only blemishes on Penn State’s schedule this season, which saw them finish as the #2 team in the country in the VolleyMob Power Rankings.

Schumacher-Crawley graduated from Penn State in 2002 and was a part of the school’s 1999 NCAA Division I championship team as well as 3 Big Ten Conference titles. She was a 3-time All-Big Ten selection, 2-time AVCA All-American, and scored 1,310 kills, 772 digs, and 299 blocks in her career. The Illinois native was inducted into the Chicagoland Sports Hall of Fame in 2008 in a class that included Dick BUtkus, Gale Sayers, Marv Levy, Andree Dawson, and former Chicago mayor Richard M. Daley.