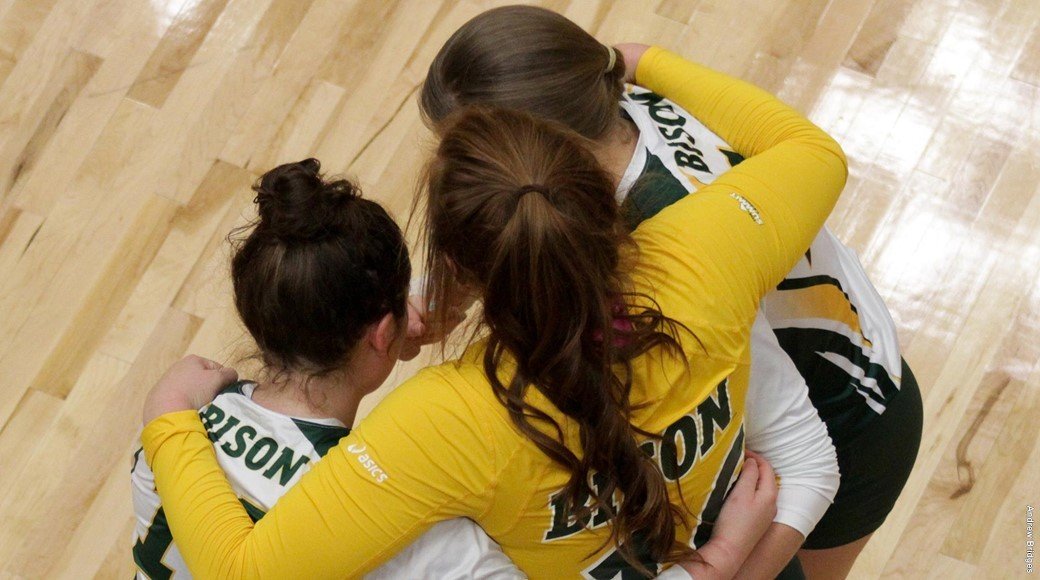 Thompson’s contract is up at the end of this calendar year. Larsen said that “at this point” no discussion of an extension has been had, which would make 2017 her final season with the school after 7 years.

Despite the knowledge that she most likely won’t be returning, Thompson is committed to continuing her duty as coach until the day that her contract is over.

“Their response to me is what made my decision to coach through my contract,” said Thompson. “Obviously it’s nothing you plan on. I’ve been here a long time and I get they want to move in another direction. That’s their choice. But I’ve invested a lot in the program and I care a lot for the players and their future. It’s difficult for me to think beyond next year but that’s part of the job.”

NDSU has never bought out a coach’s contract in the history of the University, meaning that Thompson will likely remain working as head coach until her contract is up.

Although both Thompson and Larson have knowledge that it’s more than likely that is’ her last season, Larson stated, “She’s our coach, we expect her to coach the same way she’s done during her tenure here.”

That means that Thompson has to continue her duties, which include recruiting for the season that she most likely will not be a part of.

“We’re being honest and upfront with the current situation,” Thompson said. “That’s how I’ve always been with everything. I don’t want any surprises. I called every one of the players and yeah they’re all still in, still supportive and committed and they’re ready to go.”

Under Thompson’s leadership NDSU reached the NCAA tournament in both 2010 and 2011. Their only non-losing season since 2011 was in 2015 when they secured a 19-12 record. Last season, the University went 14-18, however they were 11-5 in the Summit League. At the conference championships they were eliminated by the University of South Dakota in the semifinals.

Her last year-end evaluation came in April of 2015 after the completion of the 2015 season. The document stated that team goals such as winning the Summit tournament and making the NCAA tournament were not met. It included specific details such as the possibility of growing the assistant coaching staff.

Thompson has been with NDSU since she was an assistant in 2006, and will likely have to find another coaching gig somewhere else. Thompson has been recognized for her coaching abilities, honored by the American Volleyball Coaches Association’s “Thirty under 30” award in 2010. She also spent two years as a graduate assistant with Alabama prior to coming to NDSU.

While it appears her days at NDSU are numbered, nothing is official yet.

“Certainly any decision can change but at this point that’s where we’re at right now. We’re pretty set in where we are,” said Larsen. When asked if the team would have a new coach in 2018, he replied, “most likely.”