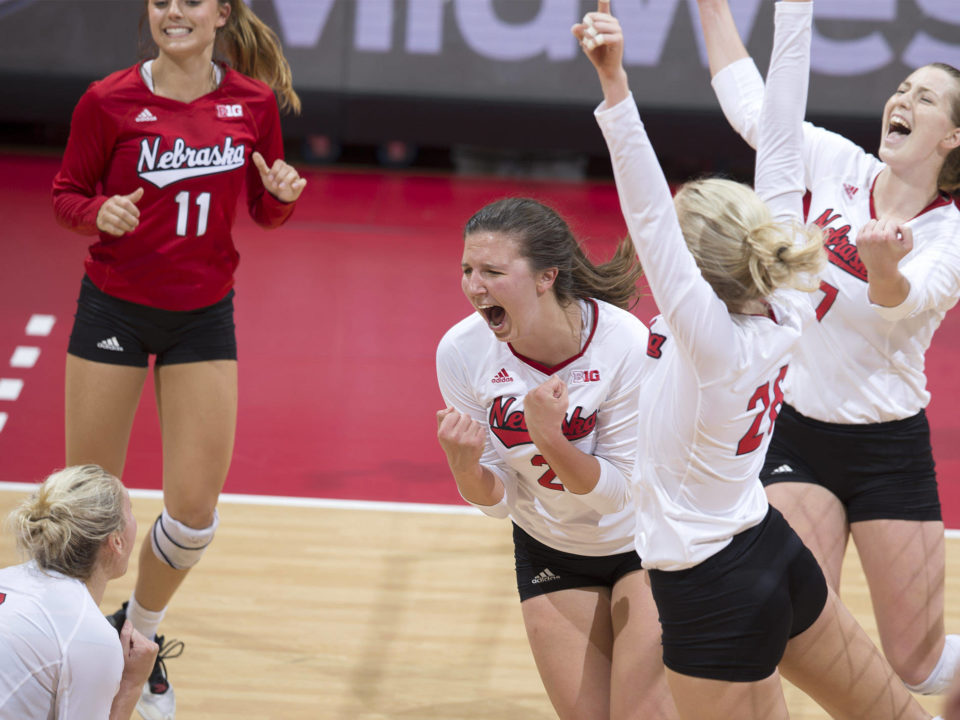 Nebraska jumped to #6 in the latest VolleyMob Top 25 Power Rankings behind a pair of top 10 wins; Check out the rest of the teams joining them in the rankings. Archive Photo via Nebraska Athletics

While many teams remained unchanged or sit around where they were ranked last week, that is where the biggest change in this week’s VolleyMob Top 25 Power Rankings comes from – conference upstarts scoring big wins last week. Taking it from the top though, we’ve got no change as Florida secures number one for the fifth straight week.