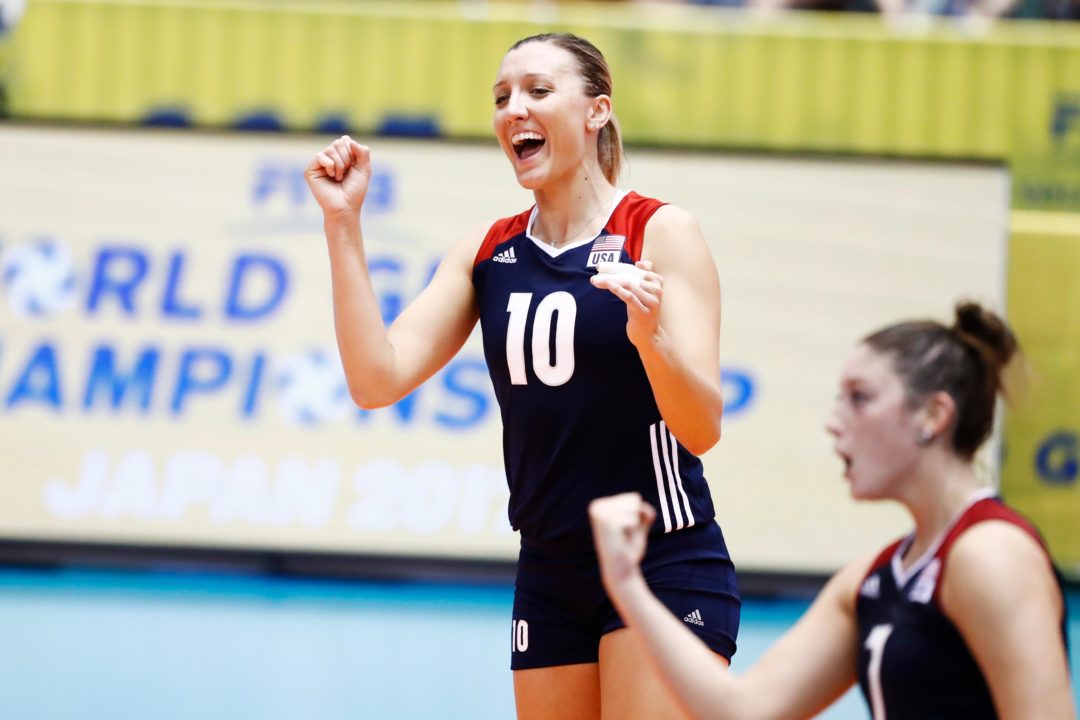 Nebraska volleyball has recently announced that they will retire Jordan Larson's jersey in a ceremony on Friday, September 29 when the Huskers host Minnesota at the Bob Devaney Sports Center. Current Photo via FIVb

Nebraska volleyball has recently announced that they will retire Jordan Larson’s jersey in a ceremony on Friday, September 29 when the Huskers host Minnesota at the Bob Devaney Sports Center. With the Huskers retiring her uniform, Larson becomes the eighth former Nebraska volleyball student-athlete to have their jersey retired. Larson’s jersey retirement will be the first since Nancy (Meendering) Metcalf’s was retired in 2011.

Larson is one of the most decorated players in Husker history, not only within the program but outside of it. She was a three-time All-American from 2006-2008 and helped lead the Huskers to their 2006 NCAA title and three NCAA semifinal appearances. Larson is one of five Huskers to record more than 1,000 kills and digs in her career – finishing with 1,600 kills and 1,410 digs and hold the school record with 186 service aces.

Back when Larson was playing, the Huskers were a part of the Big 12, being named as the Big 12 Player and Defensive Player of the Year in 2008 (her senior season), with an average of 3.92 kills per set and 3.19 digs per set. She is the first Big 12 player to garner both awards in the same season.

Following her collegiate career, Larson joined the U.S. Women’s National Team full-time and has competed in both the 2012 London and 2016 Rio Olympic Games, earning a silver and bronze medal for Team USA. In 2014, Larson helped the American team their first-ever major tournament gold medal at the 2014 FIVB World Championships.

Larson has earned a number of accolades in her professional career including MVP of the CEV Champions League in 2014-15, MVP of the 2015 FIVB Club World Championships and the USA Volleyball Indoor Female Player of the Year in 2015 and 2016. Larson has collected two CEV Champions League title in her career – one with Dinamo Kazan (Russia) and Eczacibasi (Turkey). In her time with those clubs, she has helped them to three FIVB Club World Championship titles.

Currently, Larson is with the team competing at the 2017 FIVB Women’s World Grand Champions Cup that takes place every four years. The team is currently 1-1 in the competition with a loss against China and sweep of Korea. She has posted a total of 24 points so far for Team USA on 21 kills, two blocks and one ace.